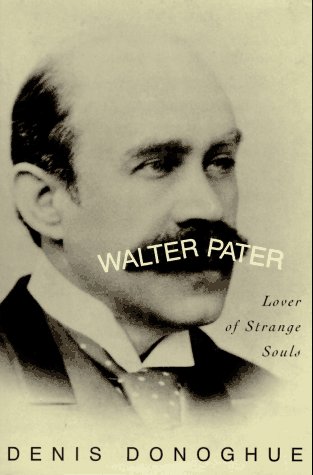 A twentieth-century intellectual of the first rank presents the case for the nineteenth-century aesthetician whose elegant subversions delivered us to modernism. Walter Pater (1839-1894) was an obscure Oxford don until 1873, when his first book, The Renaissance, exposed his argument favoring sensation over thought and, in doing so, ignited a hard, gem-like flame. "Say not what it is but what it makes you see - or feel" is not something Pater ever said, but it will suffice as an encapsulation of an attitude that moved the authority of a work of art from the object to the subject, subsequently outraging the defenders of perceived truth of his time and making Pater himself a figure of controversy and even ridicule. Substituting sensationalism for sensation and reading Pater's claim for hedonism, or pleasures the soul might savor, as outright decadence, Pater's detractors far outnumbered and outranked his followers (including his fellow Oxonian and most notorious devotee, Oscar Wilde). But ever since Pater has proved, at least in the high arts, the decisive victor of the revolution he set into motion.… (more)

LibraryThing member JayLivernois
A dense, almost unreadable, academic biography (the author was a literature professor at NYU) of one of the 19th century's famous aesthetes--the progenitor of "art for arts sake"--but worth the read for a deeper understanding of what much of our contemporary sense of beauty stands on. However, he also understands the great pitfall of where art is today. He writes: "... disastrous has been the subjection of literature and art to the censorship of blatantly reductive attention in behalf of political, social, and moral rectitude."… (more)

Appreciations: with an essay on style by Walter Pater
Dickens: The Novelist by F. R. Leavis
John Ruskin by Timothy Hilton
The man without qualities by Robert Musil
The dawn watch : Joseph Conrad in a global world by Maya Jasanoff
1 more
The letters of T.S. Eliot by T. S. Eliot
Fewer