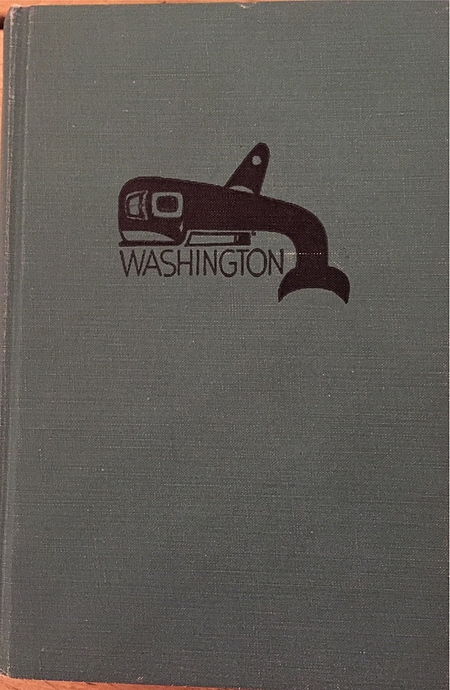 The New Washington : a guide to the Evergreen State

During the 1930s in the United States, the Works Progress Administration developed the Federal Writers’ Project to support writers and artists while making a national effort to document the country’s shared history and culture. The American Guide series consists of individual guides to each of the states. Little-known authors--many of whom would later become celebrated literary figures--were commissioned to write these important books. John Steinbeck, Saul Bellow, Zora Neale Hurston, and Ralph Ellison are among the more than 6,000 writers, editors, historians, and researchers who documented this celebration of local histories. Photographs, drawings, driving tours, detailed descriptions of towns, and rich cultural details exhibit each state’s unique flavor. The WPA Guide to Washington exhibits the beauty and individuality found in the Pacific Northwest. The guide takes the reader on a journey across the Evergreen State, from Seattle to Spokane with the Cascades in between. Essays on the state’s large lumber industry and its role in the westward expansion are included.… (more)

Washington, a guide to the Evergreen state by Writers' Program (Wash.), (Paper Book)

A guide to Alaska, last American frontier by Merle Colby
Colorado, a guide to the highest state by Writers' Program of the Work Projects Administration in the State of Colorado.,
Coast country; a history of southwest Washington by Lucile Saunders McDonald
The uses of ecology : Lake Washington and beyond by W. T. Edmondson
Nebraska; a guide to the cornhusker state by Federal Writers' Project of the Works Progress Administration for the State of Nebraska.,
1 more
The Canoe and the Saddle; or, Klalam and Klickatat by Theodore Winthrop
Fewer