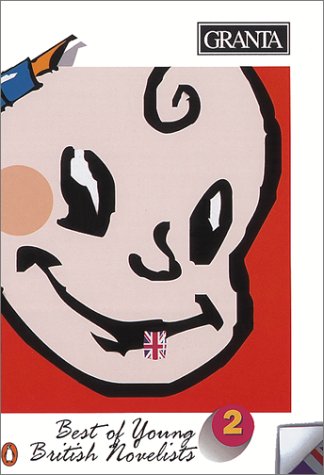 Ten years after the success of the 1983 Best of Young British Novelists issue, four judges - A.S. Byatt, Salman Rushdie, bookseller John Mitchinson and Granta editor Bill Buford - set out to identify twenty more young and promising writers. The list introduced astonishing emerging talents: Alan Hollinghurst, Will Self, Hanif Kureishi, A.L. Kennedy and many more. A widely varied anthology including novel extracts and stories that showcase a generation of writers coming into its own.

LibraryThing member AltheaAnn
A collection of short pieces by (mostly) prominent British authors (circa 1993).
Editors included Salman Rushdie and A.S. Byatt.
However, the problem with this concept is that great novelists don't tend to be great short-story writers. Many of the writers included have simply contributed excerpts from longer works, which tend to feel unfinished and abrupt. I was particularly disappointed in the Iain Banks selection - a brief snippet from 'Complicity,' which I've already read.
In the introduction, Granta's editor notes that a collection like this is really an advertisement to get people to buy novels. (It also served to make me glad, yet again, that I opted not to work in publishing, but that's another issue). Most of the selections weren't intriguing enough to get me to seek out a book - but Anne Billson's story may be an exception. I also liked Louis de Bernières charming-if-sentimental, seemingly autobiographical piece, and the Kazuo Ishiguro screenplay made the whole thing worthwhile.
… (more)