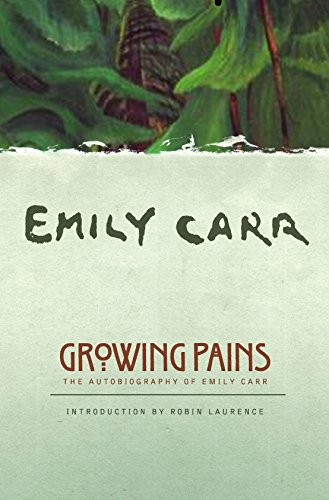 Completed just before Emily Carr died in 1945, Growing Pains tells the story of her life, beginning with her girlhood in pioneer Victoria and going on to her training as an artist in San Francisco, England and France. She writes about the frustration she felt at the rejection of her art by Canadians, of the years of despair when she stopped painting and of the unexpected vindication and triumph she felt when the Group of Seven accepted her as one of them. Carr is a natural storyteller whose writing is vivid and vital, informed by wit, nostalgic charm, an artist's eye for description, a deep feeling for creatures and the foibles of humanity. Growing Pains is the fifth of the seven books by Emily Carr to be published by Douglas & McIntyre in a completely redesigned edition, each with an introduction by a noted Canadian writer or an authority on Emily Carr and her work.… (more)