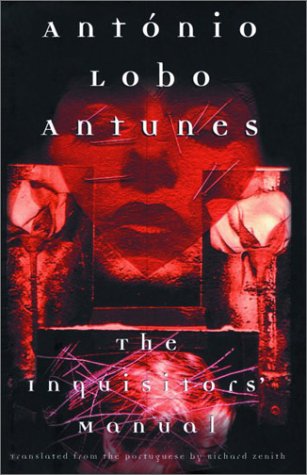 Like a Portuguese version of As I Lay Dying, but more ambitious, António Lobo Antunes''s eleventh novel chronicles the decadence not just of a family but of an entire society - a society morally and spiritually vitiated by four decades of totalitarian rule. In this his masterful novel, António Lobo Antunes, "one of the most skillful psychological portraitists writing anywhere, renders the turpitude of an entire society through an impasto of intensely individual voices." (The New Yorker) The protagonist and anti-hero Senhor Francisco, a powerful state minister and personal friend of Salazar, expects to be named prime minister when Salazar is incapacitated by a stroke in 1968. Outraged that the President (Admiral Américo Tomás) appoints not him but Marcelo Caetano to the post, Senhor Francisco retreats to his farm in Setúbal, where he vaguely plots a coup with other ex-ministers and aged army officers who feel they''ve been snubbed or forgotten. But it''s youngerarmy officers who in 1974 pull off a coup, the Revolution of the Flowers (so called since no shots were fired, carnations sticking out of the butts of the insurgents'' rifles), ending 42 years of dictatorship. Senhor Francisco, more paranoid than ever, accuses all the workers at his farm of being communists and sends them away with a brandished shotgun, remaining all alone - a large but empty shadow of his once seeming omnipotence - to defend a decrepit farm from the figments of his imagination. When the novel opens, Senhor Francisco is no longer at the farm but in a nursing home in Lisbon with a bedpan between his legs, having suffered a stroke that left him largely paralyzed. No longer able to speak, he mentally reviews his life and loves. His loves? In fact the only woman he really loved was his wife Isabel, who left him early on, when their son João was just a tiny boy. Francisco takes up with assorted women and takes sexual advantage of the young maids on the farm, the steward''s teenage daughter, and his secretaries at the Ministry, but he can never get over the humiliation of Isabel having jilted him for another man. Many years later he spots a commonplace shop girl, named Milá, who resembles his ex-wife. He sets the girl and her mother up in a fancy apartment, makes her wear Isabel''s old clothes, and introduces her to Salazar and other government officials as his wife, and everyone goes along with the ludicrous sham, because everything about Salazar''s Estado Novo ("New State") was sham - from the rickety colonial "empire" in Africa to the emasculate political leaders in the home country, themselves monitored and controlled by the secret police. Once the system of shams tumbles like a castle of cards, Francisco''s cuckoldry glares at him with even greater scorn than before, and all around him lie casualties. Milá and her mother return to their grubby notions shop more hopeless than ever, because the mother is dying and Milá is suddenly a spinster without prospects. The steward, with no more farm to manage, moves his family into a squalid apartment and gets a job at a squalid factory. The minister''s son, raised by the housekeeper, grows up to be good-hearted but totally inept, so that his ruthless in-laws easily defraud him of his father''s farm, which they turn into a tourist resort. The minister''s daughter, Paula, whom he had by the cook and who was raised by a childless widow in another town, is ostracized after the Revolution because of who her father was, even though she hardly ever knew him. Isabel, the ex-wife, also ends up all alone, in a crummy kitchenette in Lisbon, but she isn''t a casualty of Senhor Francisco or of society or of a political regime but of love, of its near impossibility. Disillusioned by all the relationships she had with men, she stoutly resists Francisco''s ardent attempts to win her back, preferring solitude instead. We have to go to the housekeeper, Titina, this novel''s most compelling character, to find hope of salvation, however unlikely a source she seems. Unattractive and uneducated, Titina never had a romantic love relationship, though she secretly loved her boss, who never suspected. She ends up, like him, in an old folks'' home, and like him she spends her days looking back and dreaming of returning to the farm in its heyday. Old age is a great equalizer. And yet the two characters are not equal.Titina retains her innocence. But it''s not the innocence of helpless inability - the case of João, Francisco''s son - nor is it the pathetic innocence of Romeu, the emotionally and mentally undeveloped co-worker by whom Paula has a son. Titina isn''t helpless or ingenuous, and she isn''t immune to the less than flattering human feelings of jealousy, impatience and anger. But she never succumbs to baser instincts. She knows her worth and cultivates it. She is a proud woman, but proud only of what she really is and what she has really accomplished in life. At one level (and it operates at many), The Inquisitorssssss'' Manual is an inquiry into the difficult coexistence of self-affirmation and tenderness toward others. Their correct balance, which equals human dignity, occurs in the housekeeper.… (more)

LibraryThing member lriley
'Time to go wee-wee, Senhor Francisco' say the nurses of a rest home to the once very powerful ex-minister of Salazar's fascist dictatorshop--the now feeble and voiceless victim of a stroke. To read any of Lobo Antunes books is to enter a surreal world most often caricatured and grotesque. Lobo is often compared to Celine--a writer he idolizes--but one can just as easily compare him to Faulkner or Goytisolo or Claude Simon. There is something really barbed in these depictions of his native Portugal that really remind me in a way of Goytisolo in books like 'Marks of Identity' but especially 'Count Julian' only Lobo's work is even more fleshed out--more ribald. There certainly is more humor--one cannot picture almost any scene of his without bursting out with laughter at some point --even the most pitiful and there are many that are. Portraits of militaristic 19th century ancestors glower down from mildewed walls at 20th century failures eating unhealthy greasy food surrounded by another centuries cheap and tawdry gewgaws while 6'3" and hairy legged transvestites fight it out outside the door with winos and rabid dogs for sleeping privelidges on the stoop. Lobo has a lot to say about his country and he certainly isn't a flag waver. This Senhor Francisco rules his farm like an absolute tyrant in the process destroying the only relationship (with his wife) that means anything to him--thereafter forcing himself on any female body that gets near him when he feels like it and neglecting and turning his son who is good-natured into a sap that the rest of the family will cheat and steal blind. Senhor Francisco has the power of life and death and is not afraid to use it. He even comes to think at one point that the crows outside are mocking him and when they won't obey him and shut up he brings in a detachment of soldiers armed with machine guns and begins a great slaughter of birds. Lobo Antunes is an excellent writer who writes with verve and a ferocious and a extremely sharp and sarcastic wit. He was rumored and expected by some to win the Nobel the same year that his fellow Portugese Jose Saramago did. I have read both and like Saramago a lot and I think of him as a good choice. I like Lobo Antunes even better.… (more)
1 more
LibraryThing member -Eva-
An unseen contemporary inquisitor interviews a plethora of characters who tell the story of Senhor Francisco, powerful state minister and personal friend of Salazar, and his family during the regime of Portugal's authoritarian regime, Estado Novo, through the Carnation Revolution and to its aftermath. Before saying anything else, I have to start with a caveat: although the story and its characters are quite engaging in and of themselves, a little bit of knowledge about Portuguese history is needed to fully appreciate the what Antunes is aiming for here (nothing too daunting is needed - a spin around Wikipedia should be enough). That said, it's still not an easy read; Antunes style is convoluted at best and even if it evokes some haunting images for the reader, it can also get downright confusing - some passages need to be reread once it's clear who actually narrates that particular paragraph. To make things even harder, all narrators sound very alike, though I don't know whether this is due to the translation or if it is the same in the original Portuguese - I have noticed some places where the translation uses Portuguese syntax which makes the read a little clumsy, so it may be the same with the voices. This is a very bleak novel and its characters either lean toward the despicable or toward the pathetic and had it not been for the high quality of the writing, it'd be a tough sell indeed. As it is, I will absolutely read more of Antunes' œuvre, but I'll try to find something with another translator.… (more)
Fewer

Fado Alexandrino by Ant贸nio Lobo Antunes
South of nowhere : a novel by António Lobo Antunes
The year of the death of Ricardo Reis by Jos Saramago
Lúcio's confession by Mário de Sá-Carneiro
Baltasar and Blimunda by José Saramago
5 more
The cave by José Saramago
The Illustrious House of Ramires by Eça de Queirós
Auto-da-fé by Elias Canetti
A Feast in the Garden by Gyr̲gy Konrd̀
Hotel Savoy by Joseph Roth
Fewer