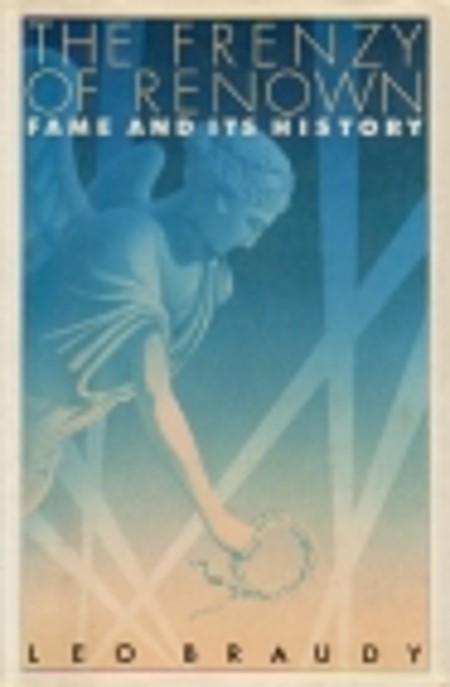 The frenzy of renown : fame & its history

The lust for recognition has become so great in the twentieth century as to manifest itself in outright insanities--ranging from mass murderers in search of headlines to the frustrated author who buzzed the UN in order to force his publisher to give his book more attention. What is behind the drive to become famous? How did fame become such a pervasive feature of modern culture? In The Frenzy of Renown, Leo Braudy shows that, far from being just a twentieth-century obsession, fame has a history and that the twists and turns of that history have set up the terms by which we now understand the whole phenomenon. Beginning with Alexander the Great and coming right up to the present-day idolatry of media figures, Braudy explains how the definition of fame depends on the political and social system in which it is found, the culture's conception of what a person is, and of course, the media available for dissemination of images. Over the past 2,500 years, fame has meant a variety of things: the Roman commitment to public action, as well as the Christian belief that God is the only suitable audience; the Renaissance idea of the heroic artist, as well as the nineteenth-century notions of posterity and the avant garde; the assumption that the king is ideal human being, as well as the view that the movie star is the consummate role model. Drawing freely upon art, literature, political history, religion, and philosophy, The Frenzy of Renown offers a fascinating parade of personalities--Julius Caesar and Jesus, Charlemagne and Shakespeare, Napoleon and Byron, Emily Dickinson and Abraham Lincoln, Adolf Hitler and Marily Monroe--who have changed the nature of fame and thereby changed the way everyone appears in public, in the eyes of others.… (more)

LibraryThing member kencf0618
My three-year-old nephew's favorite phrase is "Watch me, watch me!" Here's why. (When some guru said that "Attention is consciousness," somehow I don't think that celebrity is what he had in mind...)