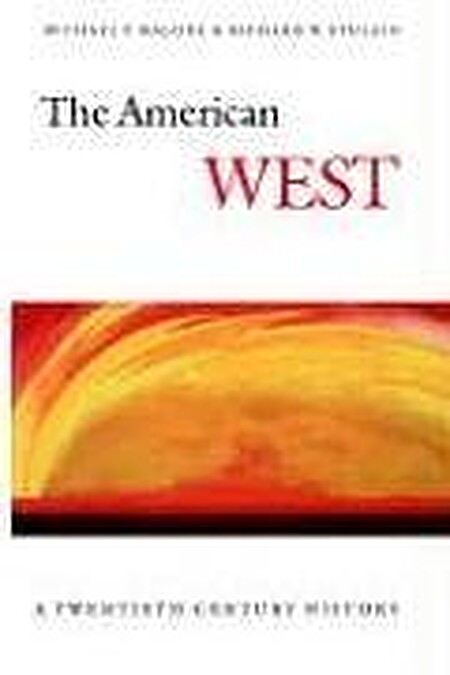 The American West : a twentieth-century history

The mystique of the Wild West perpetuated by Buffalo Bill, Zane Grey and Louis L'Amour, John Wayne, and the Marlboro Man has hindered the serious study of the real region west of the ninety-eighth meridian. Michael P. Malone and Richard W. Etulain move beyond myth and beyond the influential frontier thesis advanced by Frederick Jackson Turner to write about the American West as it has actually developed in the twentieth century. In vivid detail they describe a region too richly varied and dynamic to be contained by the imagination. Extending into the 1980s, The American West: A Twentieth-Century History is the first comprehensive survey of the modern West to appear in many years. Malone and Etulain discuss economic, political, social, and cultural developments in the West from the turn of the century to the onset of the Great Depression, when the region was still in a colonial relationship to the urban, industrial Northeast and upper Midwest; from 1930 to the end of World War II, when the West was transformed by New Deal programs and by even greater federal spending in military installations; and from 1945 to the present, when the West experienced rapid changes in demographics and a series of trendsetting lifestyles. Unique to this history are chapters about the rich cultural heritage of the modern West and about the lives of men, women, and children of various ethnic groups. Detailed bibliographical essays are included.… (more)