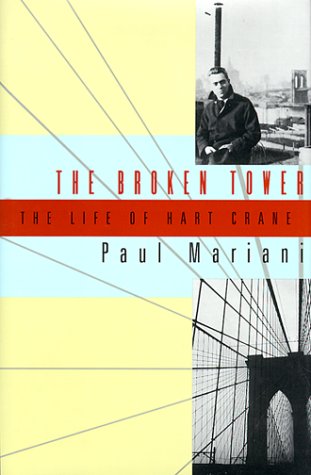 The broken tower : a life of Hart Crane

"Few poets have lived as extraordinary and fascinating a life as Hart Crane, the American poet who made his meteoric rise in the late 1920s and then as suddenly flamed out, killing himself at the age of thirty-two and thus turning his life and poetry into the stuff of myth. A midwesterner who came to New York to remake not only the face of the city but also American poetry, this young visionary in the tradition of Whitman and Rimbaud insisted on walking always on the edge. Part of the New York gay scene of his time, Crane also played a central part in the contemporary avant-garde New York literary world, along with Cummings, Moore, Toomer, and Williams. Most of all, he gave us a singular poetry, capped by The Bridge (his extraordinary epic celebrating the fabled Brooklyn Bridge), as well as a splendid, polyphonic poetic cadence that has never been duplicated." "The first biography of Crane to appear in thirty years, The Brown Tower includes major new discoveries about Crane's life that have surfaced since the 1960s, many culled from previously suppressed letters and other manuscripts, as well as new photographs."--Jacket.… (more)

Lorca : a dream of life by Leslie Stainton
Lives of the poets by Michael Schmidt
The world of Samuel Beckett, 1906-1946 by Lois G. Gordon
Elizabeth Bishop : questions of mastery by Bonnie Costello
Dylan the Bard: A Life of Dylan Thomas by Andrew Sinclair