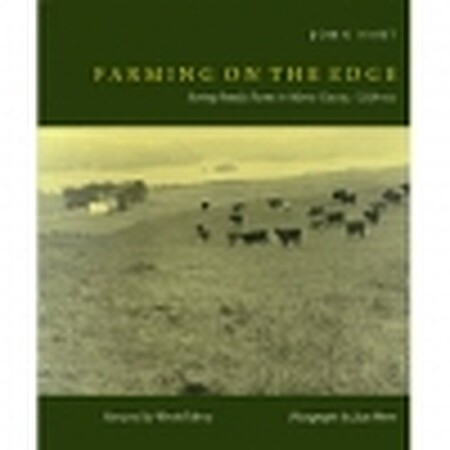 Part celebration of a farm community, part case study in successful land-use planning, Farming on the Edge offers what could be a nationwide model for farmland preservation. During the 1960s Marin County, across the Golden Gate from San Francisco, had plans to build suburbs almost from shore to shore. Freeways were about to cut across the farmland and land prices were rising. The struggling dairy industry seemed doomed. Then in 1970 a group of politicians, farmers, and citizen activists forged an alliance to protect the county's agricultural land from suburban "conversion." An uneasy alliance at first, with ranchers and environmentalists used to waging battle with each other over zoning strictures, it has grown into a friendship based on profound respect and trust. At a time when the United States is in danger of becoming the world's first suburban country, John Hart's profiles together with Joan Rosen's photographs of Marin ranchers and their families eloquently evoke the tough-mindedness, the sense of stewardship, and the rooted way of life that make the family-farm inheritance vital to preserve.… (more)

signed by author and photographer