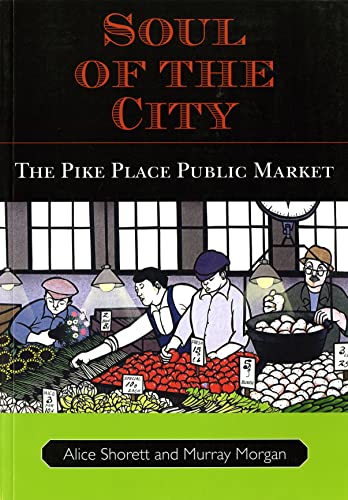 Soul of the city : the Pike Place Public Market

Seattle : Market Foundation : In Association with the University of Washington Press, c2007.

Soul of the City: The Pike Place Public Market marks the centennial anniversary of Seattle's favorite institution - Pike Place Public Market. A space that annually draws more people than any of the city's major sporting and cultural events, Pike Place has a reputation among American markets that is comparable to Les Halles in Paris and Convent Garden in London - the difference being that it has survived. Survival of the peoples? market has not been easy for Pike Place and Soul of the City illustrates the many people who have fought to sustain it. There have always been those who have wanted to ?improve? the Market by bringing it into conformity with the development spirit of the moment but somehow the Pike Place Market buildings remain on the face of a bluff, descending story by story to Western Avenue, with windows open to vistas of Elliott Bay, Puget Sound, and the Olympic Mountains. People arrive from farms and city neighborhoods to shop, sell, gather with friends, and take in the view.… (more)