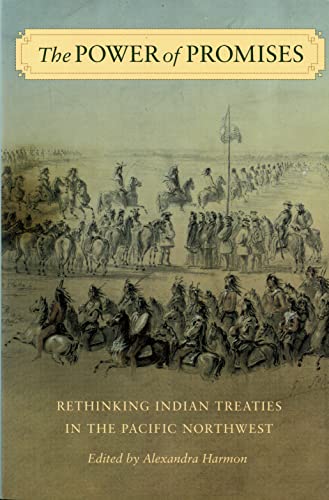 The power of promises : rethinking Indian treaties in the Pacific Northwest

Seattle : Center for the Study of the Pacific Northwest : In association with University of Washington Press, c2008

Treaties with Native American groups in the Pacific Northwest have had profound and long-lasting implications for land ownership, resource access, and political rights in both the United States and Canada. In The Power of Promises, a distinguished group of scholars, representing many disciplines, discuss the treaties' legacies. In North America, where treaties have been employed hundreds of times to define relations between indigenous and colonial societies, many such pacts have continuing legal force, and many have been the focus of recent, high-stakes legal contests. The Power of Promises shows that Indian treaties have implications for important aspects of human history and contemporary existence, including struggles for political and cultural power, law's effect on people's self-conceptions, the functions of stories about the past, and the process of defining national and ethnic identities.… (more)