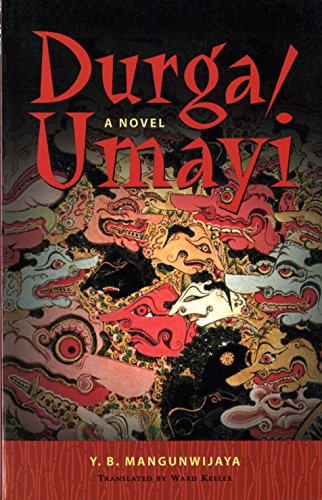 This scathingly satirical and hilarious novel, first published in Indonesia in 1991, affords both a blithely irreverent overview of Indonesian history in the Sukarno and Suharto eras and brilliant insights into the postcolonial condition. The story begins in the 1930s, before Indonesia's independence from Dutch rule, and follows the fortunes of a poor Javanese village woman who becomes a servant in the household of President Sukarno. In a world where speaking truth to power really has no point, she learns the arts of accommodation and does very well for herself. The price she pays is the loss of her identity, her connection to her kin and origins, and her moral standing. Framed by the world of ritual shadow plays - the realm of witches like Durga and the goddess Umayi - Mangunwijaya's novel gives an unblinking but remarkably compassionate account of people caught up in the great nationalist maelstrom of Indonesia's recent history.… (more)

LibraryThing member shawnd
This is a haunting, oddball novel, narrated in its entirety with only references to dialogue. At times seeming like the world's longest rumor story, it features an extremely beautiful aging woman who has risen from being a servant to a world-traveling, politically powerful relationship and finance-broker on behalf of herself and her country, Indonesia. Touching on revolution, Communism, global finance's intersection with projects in the 3rd world, love and fate, the story doesn't so much as twist and turn as it does play the same notes at different ages and times. At times dragging and dry, the book requires effort as it exists entirely around the thoughts of the multi-named (and sometimes multi-faced) Punyo Iin Sulinda Pertiwi 'Nus' 'Nussy' 'Bi' Nusamusbida.… (more)