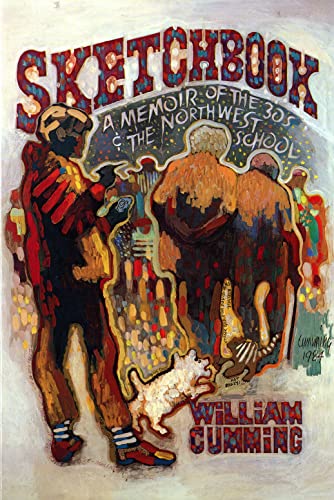 Sketchbook : a memoir of the 1930s and the Northwest School

William Cumming began as a self-taught artist who grew up in Tukwila, a small town outside Seattle. In 1937, at the age of twenty, he met Morris Graves, who was at that time working in Seattle for the Federal Art project of the Works Progress Administration. Through Graves he soon became part of the circle of friends who came to be known as the Northwest School of artists: Mark Tobey, then nearing fifty, the patriarchal leader of the group; Kenneth Callahan and his wife Margaret, a writer and critic who became Cumming's particular mentor; Guy Anderson, Lubin Petric, and others. He has taught for many years at the Art Institute of Seattle and Cornish College of the Arts.