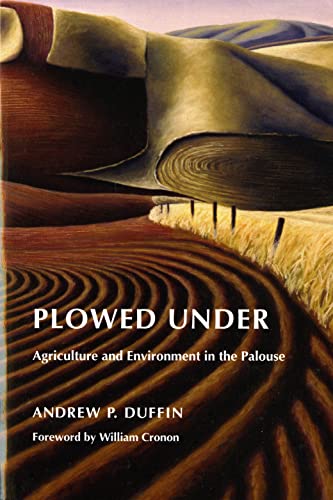 Plowed under : agriculture & environment in the Palouse

In Plowed Under, Andrew P. Duffin traces the transformation of the Palouse region of Washington and Idaho from land thought unusable and unproductive to a wealth-generating agricultural paradise, weighing the consequences of what this progress has wrought. During the twentieth century, the Palouse became synonymous with wheat, and the landscape was irrevocably altered. At the dawn of the twenty-first century, native vegetation is almost nonexistent, stream water is so dirty that it is often unfit for even livestock, and 94 percent of all land has been converted to agriculture. Commercial agriculture also created a less noticeable ecological change: soil erosion. While common to industrial agriculture nationwide, topsoil loss evoked different political and social reactions in the Palouse. Farmers all over the nation take pride in their freedom and independence, but in the Palouse, Duffin shows, this mentality - a remnant of an older agrarian past - has been taken to the extreme and is partly responsible for erosion problems that are among the worst in the nation. In the hope of charting a better, more sustainable future, Duffin argues for a candid look at the land, its people, their decisions, and the repercussions of those decisions. As he notes, the debate is not over whether to use the land, but over what that use will look like and its social and ecological results.… (more)