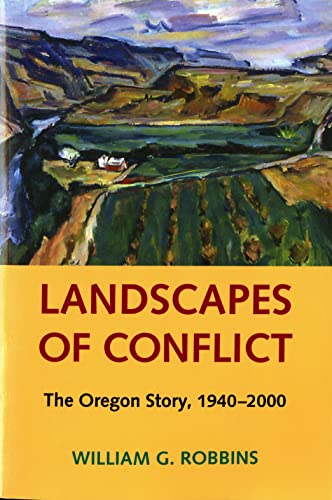 Post-World War II Oregon was a place of optimism and growth, a spectacular natural region from ocean to high desert that seemingly provided opportunity in abundance. With the passing of time, however, Oregon's citizens ? rural and urban ? would find themselves entangled in issues that they had little experience in resolving. The same trees that provided income to timber corporations, small mill owners, loggers, and many small towns in Oregon, also provided a dramatic landscape and a home to creatures at risk. The rivers whose harnessing created power for industries that helped sustain Oregon's growth ? and were dumping grounds for municipal and industrial wastes ? also provided passageways to spawning grounds for fish, domestic water sources, and recreational space for everyday Oregonians. The story of Oregon's accommodation to these divergent interests is a divisive story between those interested in economic growth and perceived stability and citizens concerned with exercising good stewardship towards the state's natural resources and preserving the state's livability. In his second volume of Oregon's environmental history, William Robbins addresses efforts by individuals and groups within and outside the state to resolve these conflicts. Among the people who have had roles in this process, journalists and politicians Richard Neuberger and Tom McCall left substantial legacies and demonstrated the ambiguities inherent in the issues they confronted.… (more)

Landscapes of promise : the Oregon story, 1800-1940 by William G. Robbins
The Organic Machine: The Remaking of the Columbia River by Richard White
Historic Sites Along the Oregon Trail by Aubrey L. Haines
Great river of the West : essays on the Columbia River by William L. Lang
Forest Dreams, Forest Nightmares : The paradox of old growth in the Inland West by Nancy Langston
16 more
River of the west : stories from the Columbia by Robert Clark
Windshield Wilderness : cars, roads, and nature in Washington's national parks by David Louter
The republic of nature : an environmental history of the United States by Mark Fiege
Emerald City : An environmental history of Seattle by Matthew Klingle
The machine in the garden : technology and the pastoral ideal in America by Leo Marx
That balance so rare : the story of Oregon by Terence O'Donnell
Women's Diaries of the Westward Journey by Lillian Schlissel
The great extravaganza : Portland and the Lewis and Clark Exposition by Carl Abbott
Astoria : John Jacob Astor and Thomas Jefferson's lost Pacific empire : a story of wealth, ambition, and survival by Peter Stark
Eden within Eden : Oregon's utopian heritage by James J. Kopp
Northwest passage : the great Columbia River by William Dietrich
Eden seekers : the settlement of Oregon, 1818-1862 by Malcolm Clark
Oregon's Golden Years : Bonanza of the West by Miles F. Potter
Tillamook Burn Country : a pictorial history by Ellis Lucia
A Republic of rivers : three centuries of nature writing from Alaska and the Yukon by John A. Murray
Tracking down Oregon by Ralph Friedman
Fewer