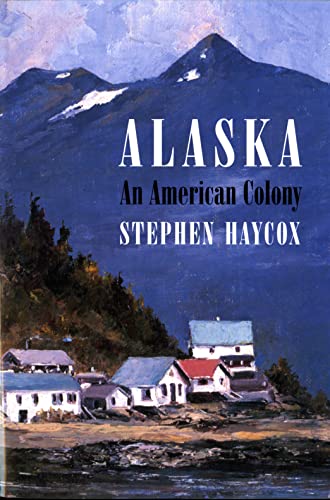 Alaska has not evolved in a vacuum. It has been part of larger stories: the movement of Native peoples and their contact and accommodation to Western culture, the spread of European political economy to the New World, and the expansion of American capitalism and culture. Alaska, an American Colony focuses on Russian America and American Alaska, bringing the story of Alaska up to the present and exploring the continuing impact of Alaska Native claims settlements, the trans-Alaska pipeline, and the Alaska Lands Act. In contrast to the stereotype of Alaska as a place where rugged individualists triumph over the harsh environment, distinguished historian Stephen Haycox offers a less romantic, more complex history that emphasizes the broader national and international contexts of Alaska?s past and the similarities between Alaska and the American West. Covering cultural, political, economic, and environmental history, the book also includes an overview of the region's geography and the anthropology of Alaska?s Native peoples. Throughout Alaska, an American Colony, Haycox stresses the continuing involvement of Alaska Natives in the state's economic, political, and social life and development. He also explores the power of myth in historical representations of Alaska and the controlling influence of national perceptions of the region.… (more)

LibraryThing member RGazala
The title of Stephen Haycox' book is slightly misleading, as the first half of the work details imperial Russia's "discovery," exploration and exploitation of Alaska before selling the massive territory to America in 1867 for $7.2 million (about two cents an acre). The book is a brief and interesting primer on Alaskan history from the middle of the 18th century to the dawn of the 21st. Haycox concentrates on sociocultural conflicts between natives and incomers; interminable discord between environmentalists and industrialists; and since statehood in 1959, strife between competing native, state, and federal sovereignty claims over land and resources. Particularly in the first half of the book, Haycox occasionally obsesses with minutia better left to a lengthier examination. Nonetheless, this is a good and well-written introduction to Alaskan history, including an ample bibliography for readers interested in learning more about America's "Last Frontier."… (more)