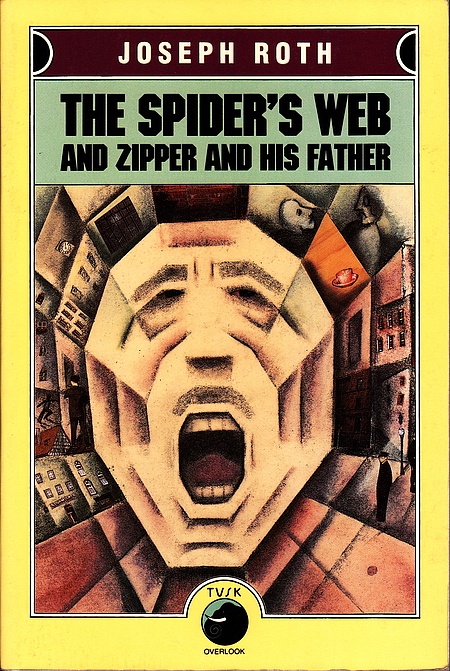 The Spider's Web and Zipper and His Father

Two novellas of rare energy, The Spider's Weband Zipper and His Fatherare filled with Joseph Roth's surprising political foresight and compassionate sensitivity to the tremors of a world on the brink of collapse. The Spider's Webpaints a chillingly realistic picture of the conspiracies that paved the way for the rise of Hitler. Zipper and His Fatherchronicles the progress of a father and son through the febrile world of German cinema in the 1920s.

LibraryThing member JimmyChanga
Two novellas. The Spider's Web is a chillingly told story of Theodore Lohse, a completely mediocre ex-soldier with questionable ethics who finds himself able to lie, murder, and climb his way to the top of a fascist organization. All the characters are despicable but understandable. It took me a while to get used to his writing style, often disorientingly full of gaps or filled with short sentences that don't allow the reader into the texture of the story; it's as if you're just reading a synopsis of the actual story. But oftentimes the language, though spare, is beautiful. I think it probably gets some of its power from maintaining this cold distance from the reader.

I was able to get into Zipper and His Father much more. Roth is a master of portraiture, not just of one or two people, but entire generations get distilled in his pen so that it becomes clear how whole sections of society are feeling. In Zipper, he gets much more personal than in Spider's Web, you really get to know Zipper and his father, Old Zipper; it's a devastatingly sad story that seems to be based on a real person.

Both novellas deal with young people who don't know what to do with themselves after fighting in the war, unable to reintegrate into normal life and unable to return to the war.… (more)