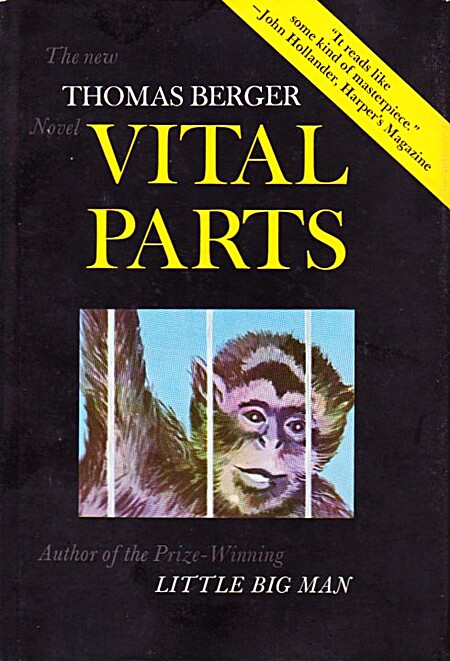 A bitterly comic novel of middle-aged angst and middle-class American life in the 1960s, by the acclaimed author of Little Big Man It is the late sixties in suburbia, and Carlo Reinhart’s life is a mess. He’s fat, broke, middle aged, and unemployed. His anarchist son hates him, and his wife has taken a younger lover and thrown Carlo out of the house. In fact, the only one who doesn’t consider him contemptible and ridiculous seems to be Carlo’s adoring, overweight daughter, who is almost as pathetic as he is. Even his affair with a twenty-two-year-old nymphomaniac is strangely unsatisfying. Then, just as he’s reaching his lowest point, the self-styled Ultimate Human Irrelevancy is offered a golden opportunity to grab a piece of the American Dream, thanks to the reappearance of his old school chum Bob Sweet. Bob, who has a gift for success, is inviting Reinhart to get in on the ground floor of his latest venture: cryonics. But while Carlo loves the taste of the good life that his friend has suddenly provided, he’s not quite certain whether Sweet wants him as a partner . . . or as a human popsicle. The third novel in Thomas Berger’s acclaimed Carlo Reinhart Series, Vital Parts is a stingingly hilarious swipe at twentieth-century culture and mores. Unrestrained and unapologetic, it is a tour de force from a master satirist that stands alongside Joseph Heller’s Catch-22, John Kennedy Toole’s A Confederacy of Dunces, and the novels of Kurt Vonnegut as a trenchant and funny comment on American life.… (more)