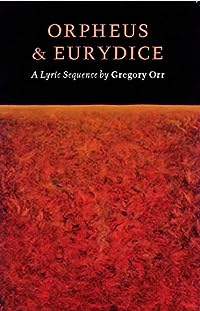 How can I celebrate love/ now that I know what it does? So begins this booklength lyric sequence which reinhabits and modernizes the story of Orpheus, the mythic master of the lyre (and father of lyric poetry) and Eurydice, his lover who died and whom Orpheus tried to rescue from Hades. Gregory Orr uses as his touchstone the assertion that myths attempt to narrate a whole human experience, while at the same time serving a purpose which resists explanation. Through poems of passionate and obsessive erotic love, Orr has dramatized the anguished intersection of infinite longings and finite lives and, in the process, explores the very sources of poetry. When Eurydice saw him huddled in a thick cloak, she should have known he was alive, the way he shivered beneath its useless folds. But what she saw was the usual: a stranger confused in a new world. And when she touched him on the shoulder, it was nothing personal, a kindness he misunderstood. To guide someone through the halls of hell is not the same as love. "A reader unfamiliar with Orr's work may be surprised, at first, by the richness of both action and visual detail that his succinct, spare poems convey. Lyricism can erupt in the midst of desolation."--Boston Globe When Gregory Orr'sBurning the Empty Nest appear,Publisher's Weekly praised it as an "auspicious debut for a gifted newcomer...he already demonstrates a superior control of his medium."Kirkus Review celebrated it as "an almost unbearably powerful first book of poetry" and enthusiastically reviewed his second bookGathering the Bones Together, noting that "Orr's power is the eloquence of understatement." Most recently, hisCity of Salt was a finalist for theLos Angeles Times Book Award. Gregory Orr teaches at the University of Virginia.… (more)

Deepstep come shining by C. D. Wright
Concerning the book that is the body of the beloved by Gregory Orr
Vertigo : the living dead man poems by Marvin Bell
A palace of pearls by Jane Miller
Soul Make a Path Through Shouting by Cyrus Cassells
22 more
The Ghost Trio by Linda Bierds
Wherever you lay your head : poems by Jane Miller
Ardor: The Book of the Dead Man, Vol. 2 by Marvin Bell
The caged owl : new and selected poems by Gregory Orr
Quipu by Arthur Sze
The ginkgo light by Arthur Sze
How beautiful the beloved by Gregory Orr
The angel of history by Carolyn Forché
Sanctificum by Christopher Abani
A Short History of the Shadow: Poems by Charles Wright
Gathering the tribes by Carolyn Forché
On poetry & craft : selected prose of Theodore Roethke by Theodore Roethke
Carolina Ghost Woods: poems by Judy Jordan
The pajamaist by Matthew Zapruder
Armored Hearts : Selected and New Poems by David Bottoms
One Big Self by C. D. Wright
Flies by Michael Dickman
Breath : poems by Philip Levine
While we've still got feet : new poems by David Budbill
The silk dragon : translations from the Chinese by Arthur Sze
The country between us by Carolyn Forché
One with others : [a little book of her days] by C. D. Wright
Fewer