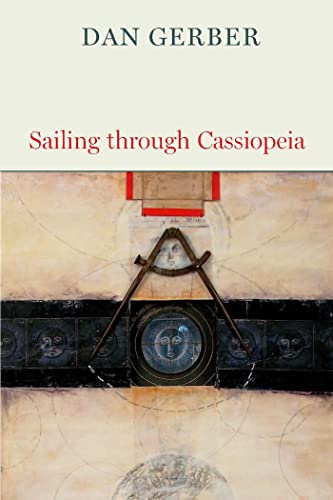 "Dan Gerber is one of our finest living poets." --Annie Dillard "The poems in Dan Gerber's latest collection,Sailing through Cassiopeia, exist in a lyrical remove from time. Via delicious imagery, masterful pacing, and long-sanded language, Gerber...maintains a continual curiosity and gentleness of spirit despite his keen awareness of the world's inevitable horrors." --Orion "As quiet and modest in their display as his poems sometimes seem, their agenda is bold. Gerber, the author of seven collections of poetry that from the beginning lovingly render physical detail, believes that something of great significance occurs when an object is rightly seen.... Mindfulness, seeing things as they really are, both beauty and ugliness, informs the authentic life, and defines the aesthetic response to that life."--Poetry East "Where Gerber really starts to differentiate is in his approach: he frequently focuses with sustained intensity on something fairly ordinary or easily observed until it leads him to the unseen or not so easily discerned. He is really a metaphysical poet in physical garb."--World Literature Today "InSailing through Cassiopeia Gerber's decades of apprenticeship are palpable in a book so stunning--so tenderly branching into the world even as it tunnels inward--that it is difficult to put down." --George Kalamaras,Rain Taxi "Gerber has a gentle touch and an unaffected, articulate voice that can be smart, funny, wise--sometimes all at the same time."--Library Journal Dan Gerber's mastery of layered imagery and crystalline vision marry European Romanticism with American Zen. These meditative poems engage the natural landscape of California's oak savannas and memories of childhood, while calling upon an array of literary progenitors--from Robinson Jeffers and Rainer Maria Rilke to the classics of the Chinese canon--exploring what it means to be linguistically alive in an animal world. AsForeWord magazine wrote, "Dan Gerber's poems are quick, graceful, alert to their surroundings, and rarely wasting a motion." "The Word is the Picture of Things" Looking down at the lights of Earth, its constellations of lives, however unaware, signal back to the watching galaxies that have their seeing inside us. I praised flight and got stuck. I praised gravity and got lost. Along the way my life decays, and ripens . . . Dan Gerber is the author of seven collections of poetry, three novels, a book of short stories, and two books of nonfiction. A former racecar driver, he has traveled extensively as a journalist, particularly in Africa. His books have earned a Michigan Author Award and the Mark Twain Award. He lives in Santa Ynez, California.… (more)