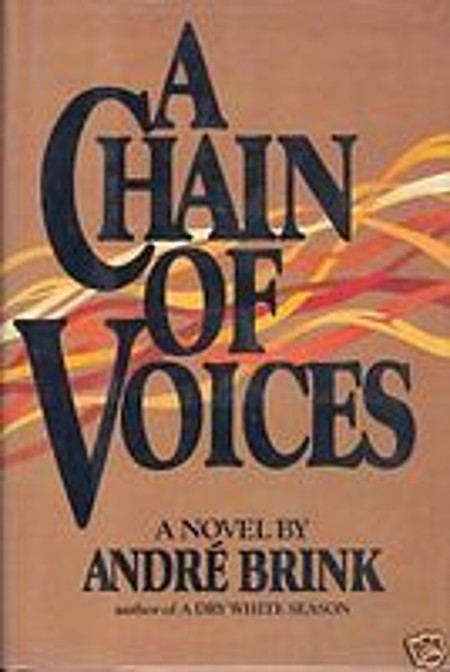 A chain of voices

Spanning three generations and narrated in the voices of both the living and the dead, A Chain of Voicesis reminiscent of William Faulkner's Absalom, Absalom!; it is a beautiful and haunting illustration of racism's plague on South Africa. On a farm near the Cape Colony in the early nineteenth century, a slave rebellion kills three and leaves eleven others condemned to death. The rebellion's leader, Galant, was raised alongside the boys who would become his masters. His first victim, Nicholas van der Merwe, might have been his brother. As the many layers of Andre Brink's novel unfold, it becomes clear that the violent uprising is as much a culmination of family tensions as it is an outcry against the oppression of slavery.

New York Times
I came away from this powerful and disturbing book thinking all manner of things: that the persistence of white slaveholding so far into the ''enlightened'' 19th century must have laid the ground for the concentration-camp systems and slave-labor projects of the totalitarian nations at war in the 20th century; that organized religion by and large played a shameful role in offering rationalizations for slavery; that no one is free so long as anyone is subjected and abased; that women will appreciate this last point more readily than most men. ''A Chain of Voices'' makes most of the fashionable junk that parades as advanced fiction today look bad. It is the best novel I've read since Robert Stone's ''A Flag for Sunrise,'' and I don't imagine it will be soon before we see a better one.

LibraryThing member estellen
Wonderful story, told from many perspectives. Based on a true story.