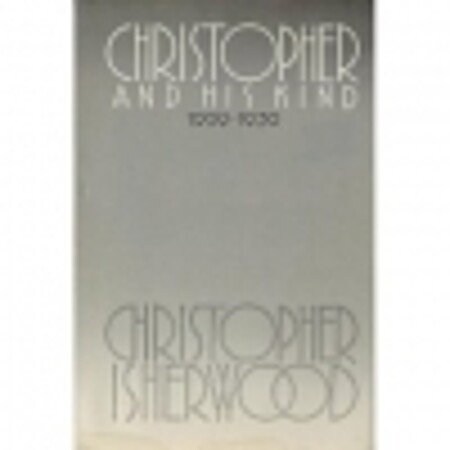 Christopher and His Kind covers the most memorable ten years in the writer's life from 1929, when Isherwood left England to spend a week in Berlin and decided to stay there indefinitely, to 1939, when he arrived in America. When the book was published in 1976, readers were deeply impressed by the courageous candor with which he describes his life in gay Berlin of the 1930s and his struggles to save his companion, Heinz, from the Nazis. An engrossing and dramatic story and a fascinating glimpse into a little-known world, Christopher and His Kind remains a classic in gay liberation literature and one of Isherwood's greatest achievements.

LibraryThing member CarltonC
An excellent autobiography of the years 1929 to 1939, best read in close conjunction with his major books from this period, especially the Berlin books. Although it is written in a strange third person style, to highlight that the Christopher of the autobiography is not the same as the author of the autobiography, it is very informative and gossipy too. He also tries to be objectively critical, where he considers necessary, of his younger self.
The book encourages you to go and read his other books from this period, as it sounds as if they will be as fun as this too.… (more)
3 more
LibraryThing member mritchie56
Excellent autobiography of Isherwood, much of it written in the third person. Good history of the times (the 30's) and the gay and literary milieux. More interesting than Isherwood's fiction, by a long shot.
LibraryThing member dbsovereign
The 70s book that allowed Isherwood to be completely open about his homosexuality. He is candid, but never graphic in this his recounting of his travels in England and Germany in the 30s. We are granted a rare glimpse into his very literary world where we meet some of his famous and infamous (Sally Bowles' character ala Cabaret).… (more)
LibraryThing member ritaer
Isherwood, writing in the 70s, reviews his life in the 30s, his homosexuality and his efforts to save his German lover from the Nazi war machine. I had read about Heinz in other books about Isherwood, but I had not realized that he survived the war. Extremely lucky. The relationship led to Isherwood's determination to become a conscientious objector, since he realized he would not kill his lover for being a German soldier and he had no right to be selective and consent to kill someone else's "Heinz". Also contains much about his relationship with W. H. Auden, whom he had known since boyhood, and his "matchmaking" between Erika Mann and Auden. Mann was a lesbian, but needed to marry a British subject before the Nazis deprived her of her German citizenship.… (more)
Fewer