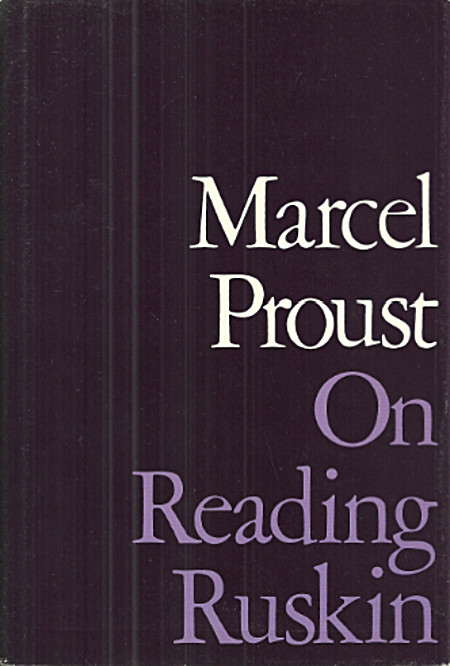 On reading Ruskin : prefaces to La Bible d'Amiens and Sésame et les Lys, with selections from the notes to the translated texts

Early in his career, Marcel Proust, who greatly admired John Ruskin, published translations of two works by the English critic - La Bible d'Amiens (1900) and Sésame et les Lys (1906). He wrote a substantial preface to each book and provided discursive notes that were themselves often small essays. Rare now, even in their French versions, the preface to La Bible d'Amiens and the notes to both books have never before been available in English. In bringing them together with the preface to Sésame et les Lys, this new book completes the translation into English of the important critical writings of Proust. "Expertly edited and translated and . . . introduced by a brilliant forty-page essay and a fascinating bibliographical note by Richard Macksey. It is an event for celebration. . . . Proust emerges from these essays and notes as one of the truly great critics."--Gabriel Josipovici, Times Literary Supplement "A welcome addition to English-language Proust texts and, I think, one long overdue."--Germain Brée, Kenan Professor Emerita, Wake Forest University … (more)

Marcel Proust by Jean-Yves Tadié
Jean Santeuil by Marcel Proust
Axel's castle : a study in the imaginative literature of 1870-1930 by Edmund Wilson
Marcel Proust by Mary Ann Caws
Proust Among the Stars by Malcolm Bowie
2 more
Proust: Portrait of a Genius by Andre Maurois (1984-09-03)
John Ruskin, the passionate moralist by Joan Abse
Fewer