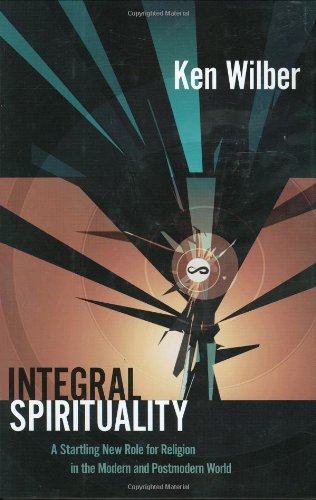 Integral spirituality : a startling new role for religion in the modern and postmodern world

INTEGRAL SPIRITUALITY is being widely called the most important book on spirituality in our time.Applying his highly acclaimed integral approach, Ken Wilber formulates a theory of spirituality that honors the truths of modernity and postmodernity - including the revolutions in science and culture - while incorporating the essential insights of the great religions. He shows how spirituality today combines the enlightenment of the East, which excels at cultivating higher states of consciousness, with the enlightenment of the West, which offers developmental and psychodynamic psychology. Each contributes key components to a more integral spirituality.On the basis of this integral framework, a radically new role for the world's religions is proposed. Because these religions have such a tremendous influence on the worldview of the majority of the earth's population, they are in a privileged position to address some of the biggest conflicts we face. By adopting a more integral view, the great religions can act as facilitators of human development- from magic to mythic to rational to pluralistic to integral - and to a global society that honors and includes all the stations of life along the way.… (more)