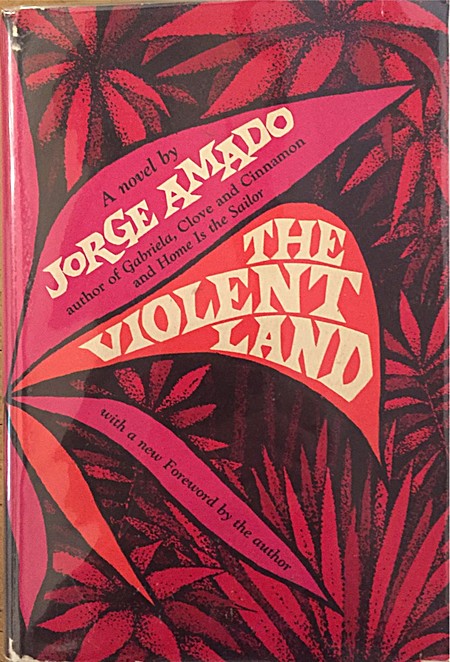 From the foremost Brazilian novelist of the twentieth century- an exotic tale of greed, madness, and seduction set in Brazil's lush, cocoa-growing forests. Two powerful families scheme to control Brazil's cocoa bounty in this epic novel that does for Brazil's cocoa rush what Upton Sinclair's Oil! does for the early days of California oil prospecting. With its cast of assassins, gamblers, opportunists, and beautiful women, The Violent Landis an unbridled adventure novel set among the power dealers of Brazil's most profitable and coveted natural resources. 'Passionate and supremely moving . . . A big, brawling novel . . . Everything in it is on a heroic scale.' The New York Times'No other of my books is as dear to me; in it lie my roots; it is of the blood from which I was created.' Jorge Amado, from the Foreword… (more)

LibraryThing member DinadansFriend
First published in 1945, this a an active and bloody tale, set in the great years of the Cacao Rush in Brazil's 1880's. There is a lot of gunfights and legal chicanery. Fun, really and quite like a Western.

Show down by Jorge Amado
Shepherds of the Night by Jorge Amado
Pen, Sword, Camisole: A Fable to Kindle a Hope by Jorge Amado
Captains of the Sands by Jorge Amado
Epitaph of a Small Winner by Machado de Assis,
4 more
An invincible memory by João Ubaldo Ribeiro
South of nowhere : a novel by António Lobo Antunes
Macunaíma by Mário de Andrade
Dom casmurro by Machado De Assis
Fewer