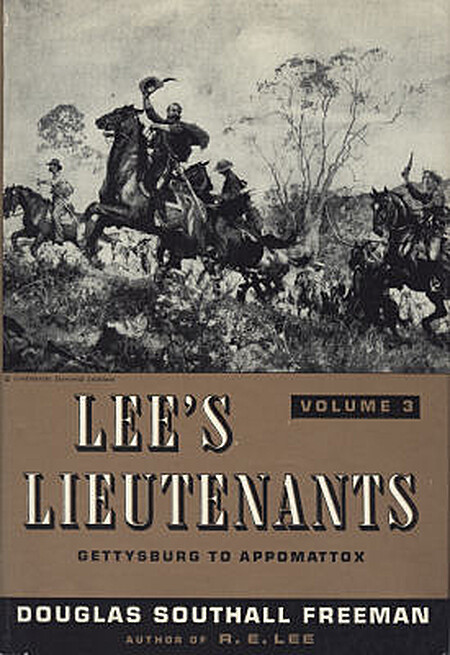 Lee's lieutenants, a study in command; Gettysburg to Appomattox

An unquestioned masterpiece of the historian's art, and a towering landmark in the literature of the American Civil War.InGettysburg to Appomattox,Douglas Southall Freeman concludes his monumental three-volume study of Lee's command of the Confederacy, a dramatic history that brings to vivid life the men in that command and the part each played in this country's most tragic struggle.Volume three continues the stirring account of Lee's army, from the costly battle at Gettysburg, through the deepening twilight of the South's declining military might, to the tragic inward collapse of Lee's command and his formal surrender in 1865. To his unparalleled descriptions of Lee's subordinates and the operations in which they participated, Dr. Freeman adds an insightful analysis of the lessons that were to be learned from the story of the Army of Northern Virginia and their bearing upon the future military development of the nation.As in the first two volumes, portrait photographs, military maps, several appendixes, and a bibliography add to the clarity and richness of the book. The complete three-volume study,Lee's Lieutenants,is a classic touchstone in the literature of American biography, and in all the literature of war.… (more)