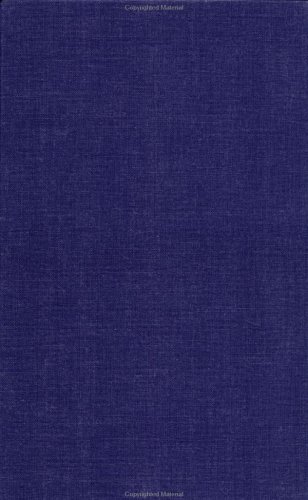 Salvage is the final part of Tom Stoppard's trilogy The Coast of Utopia. It is 1852. Alexander Herzen, who left Russia five years earlier, has arrived in London in retreat from a series of public and private calamities. Revolution in Europe has hit the rocks. 'I have lost every illusion dear to me,' he says. 'I'm forty. The world will hear no more of me.' But émigré circles in London (including Karl Marx) are buzzing with plots and intrigues, and Herzen's money, as well as his sardonic wit, soon have an outlet among them. With the accession of Alexander II, 'the Reforming Tsar', Herzen's revived spirits are boosted by the arrival of his childhood friend Nicholas Ogarev with his wife Natalie. Their journal 'The Bell', smuggled into Russia, enters its heyday in the struggle for the emancipation of the serfs. Will it be reform from above or revolution from below? At home the 'new men' who once looked on Herzen as their inspiration are in a hurry, and in London he is once more at odds with Michael Bakunin, who has escaped from exile in Siberia. Meanwhile Natalie Ogarev finds in him her romantic ideal, and Herzen's public and private travails are far from over.… (more)

LibraryThing member jwhenderson
Completing the trilogy that comprise The Coast of Utopia, Salvage opens with Alexander Herzen resting at his home in Hampstead, England. He dreams of a pantheon of emigre friends, political refugees from Germany, Poland, France, Italy and Hungary. It is "A dream about exiles", he explains -- an almost unreal world much like the one he himself inhabits, in the center of the vortex of those trying still to organise and cause change in Russia from far abroad. It is five years after the revolutionary turmoil of 1848, but the turmoil and lack of direction seem pervasive among the radicals.
The First Act continues juxtaposing domestic turmoils of the Herzen family, a new German tutor for the children, Natalie and Nicholas Ogarev and others. With their tribulations in the forefront the background of change for Russia becomes a descant that is briefly heard from with discussions of the new publication, The Bell, that provides a tocsin for the opponents of the Tsar. The freeing of the Serfs as an event seems not to satisfy either the radicals or the Tsar.
In Act Two Nicholas Chernyshevsky appears on the scene providing another opportunity for dialogue with Herzen over the best approach to effect change in Russia. There is not a definitive answer to that question beyond the continuing disagreement. There is also the voice of Turgenev who gently opposes those who deride him and what he does, believing that his art does also serve some purpose -- and responds when asked what his purpose was in writing a fiction: "My purpose ? My purpose was to write a novel."
The nostalgia of Herzen for his homeland leads him to rue his decision to leave it even though he would likely face prison and Siberia if he were to return. The lives of the Russian exiles are romantic only in an ironic sense as the fog and mist of England mask their disappointments.… (more)