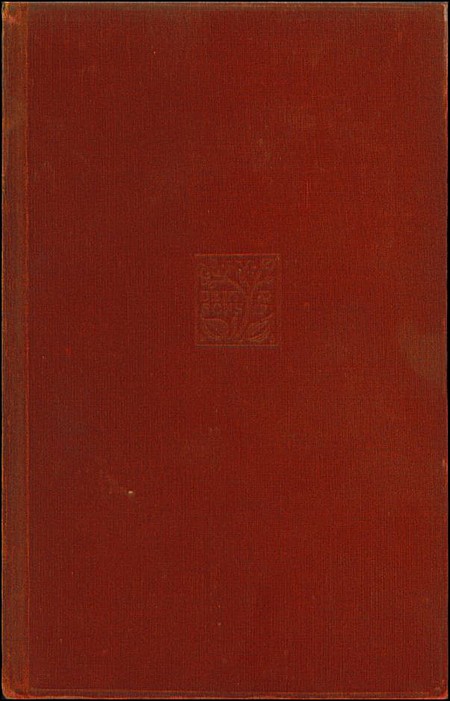 Murder and romance, innocence and experience dominate this sinister novel set in mid-19th-century Rome. Three young American artists and their friend, an Italian count, find their lives irrevocably linked when one of them commits a violent crime of passion. Hawthorne's final novel is "must reading" for its symbolic narrative of the Fall of Man.

Grade: A
Recommended: In addition to the relishers of Old World landmarks as mentioned above, this would be good for people who like books set in Italy (quite a bit of the narration is dedicated to describing the landscape and landmarks of Rome and Tuscany), and for people who like those wacky 19th century Americans abroad stories.… (more)
7 more
LibraryThing member eowynfaramir
Hawthorne disappointed me in The Marble Faun. I had very high expectations after having loved The Scarlet Letter and having recently read and enjoyed both The House of the Seven Gables and The Blithedale Romance, but the Faun does not come together as a compelling narrative. Instead, it is disjointed—-maundering between beautiful, sensitive, intensely felt and described art criticism, panegyrics on the architectural ruins of Rome, complaints of Rome’s modern sordidness, and (at times morosely) depressive imaginings on sin. I am now on page 343 of 362 pages, and want to write this review as the book is fresh in my thoughts.

I strive to be an ideal reader, opening myself to the author’s vision, and allowing the author space in which to craft a story without putting constraints of my own making on the text. But Hawthorne in The Marble Faun clearly reveals his sexist prejudices in ways that a woman reader cannot gloss over or ignore, and which must diminish him in my estimation.

Another reviewer here on LibraryThing (LisaMarie_C) notes the extremely disappointing Chapter VI “The Virgin’s Shrine,” which is a long fantasizing over the “virginal” Hilda in which Hawthorne writes:

“It strikes us that there is something far higher and nobler in all this, in her thus sacrificing herself to the devout recognition of the highest excellence in art, than there would have been in cultivating her not inconsiderable share of talent for the production of works from her own ideas. She might have set up for herself, and won no ignoble name; she might have helped to fill the already crowded and cumbered world with pictures, not destitute of merit, but falling short, if by ever so little, of the best that has been done; she might thus have gratified some tastes that were incapable of appreciating Raphael. But this could be done only by lowering the standard of art to the comprehension of the spectator. She chose the better and loftier and more unselfish part, laying her individual hopes, her fame, her prospects of enduring remembrance, at the feet of those great departed ones whom she so loved and venerated; and therefore the world was the richer for this feeble girl.”

My response to this paragraph is to see it as a rationalization of the sacrifices that he sees the women of his time, and his family and acquaintance, making to support the artistic efforts of the men in their lives, including (and possibly, especially) himself—Hawthorne was extremely jealous of his current and posthumous literary reputation. There is a defensiveness in this paragraph that seems to reflect a guilty complicity in the oppression of women in this period of history.

The remainder of the chapter is taken up with an obsessive idealization of Hilda as a virgin in white, surrounded with purity (and white doves) and unstained by the realities of life, the “angel in the house,” whom Hawthorne has allowed in this novel to briefly escape her captivity and experience freedom in Rome to pursue her own muse. Nevertheless, Hilda’s muse forsakes her, and leaves her as only the “best copyist” in Rome. I wait to see whether in the end of the novel Hilda will come to a deeper understanding of human nature or will return to America and the safe domesticity which Hawthorne seems to hold in store for her character.

There are many potentialities which Hawthorne does not fully develop, especially in the characters of, and relationship between, Miriam and Donatello, but it can be a trap to talk about lost opportunities in a literary work, so I won’t dwell on that. Miriam is a compelling character, and an interesting contrast to the cold sculpture Kenyon. Kenyon only begins to approximate a human in the last third of the novel.

Do I recommend The Marble Faun? Yes, first for the beauty of the prose describing Rome, its art and architecture—-these passages brought back many of my remembrances of my visit to Rome 20 years ago, during which I spent just as much time as Hawthorne appears to have done in the churches and cathedrals. Second, for the challenge to the reader of a difficult work which is not easily assimilated. There is something of worth here which I will perhaps not understand until I read it again. It evokes memories from my reading of Samuel Johnson’s The History of Rasselas, Prince of Abissinia, and it may be worthwhile comparing them. I think I’ll give myself a few years before I return to this novel.… (more)
LibraryThing member wendyrey
A decent short story extended to two hundred and fifty pages by masses of verbose descriptive padding. The depiction of the beliefs and role of the catholic church are worthy of Iain Paisley at his most extreme.
LibraryThing member hbergander
The nowadays English title sometimes is «The Romance of Monte Beni ». Hawthorne made me curious to travel to Italy. I could not afford to stay there a year like him, but in a couple of weeks, being twenty-four and in love, I caught a lot of the heart-rending beauty of this country.
LibraryThing member andymlkw
LIked it enough, but I still don't get what the real identity of Miriam was (Howthorne makes several allusions to someone attatched to an important, or at least infamous, historical event). Anyone get it?
LibraryThing member LisaMaria_C
I loved Hawthorne's The Scarlet Letter and The House of Seven Gables; I thought both had brilliant characters and writing. In the case of Hester Prynne of The Scarlet Letter, I loved her strength and abiding compassion. And in The House of Seven Gables I loved the old maid Hepzibah and her cousin Phoebe. I got through Blithedale Romance and found the character Zenobia fascinating at first, although disappointing in the end. I even got through Fanshawe, a none-too-good first novel Hawthorne disowned. But Fanshawe was little more than a hundred pages, and the other two novels two hundred odd pages--The Marble Faun is 402 pages, and by page 150, I was feeling it was going on forever.

Mind you, I rather loved Miriam--rather rare to have a strong female Jewish character in 19th Century fiction. Perhaps Hawthorne took a page from Sir Walter Scott's Rebecca in Ivanhoe? For that matter it was refreshing to see two women artists who were living--and making a living--independently. But then Hawthorne rather reversed that strong depiction of women with passages like this:

Hilda’s faculty of genuine admiration is one of the rarest to be found in human nature; and let us try to recompense her in kind by admiring her generous self-surrender, and her brave, humble magnanimity in choosing to be the handmaid of those old magicians, instead of a minor enchantress within a circle of her own.

The handmaid of Raphael, whom she loved with a virgin’s love! Would it have been worth Hilda’s while to relinquish this office for the sake of giving the world a picture or two which it would call original; pretty fancies of snow and moonlight; the counterpart in picture of so many feminine achievements in literature!

Riiight. That's how we should describe Hawthorne's distaff contemporaries Mary Shelley, Jane Austen, Louisa May Alcott, Harriet Beecher Stowe, Charlotte, Emily and Anne Bronte, Elizabeth Gaskell and George Eliot--as writers of pretty fancies of snow and moonlight who'd have done better to be handmaidens to their better halves. I heard that song before with Zenobia. And many of the descriptions of Rome and of the art is lovely--but what does it say that I found such digressions more interesting than the main narrative so transparently about a modern retelling of the Fall of Adam. And if how Hawthorne depicts Jews is commendable for his time, how he portrays Catholics is just abominable--even if understandable for his time. And worst of all is the "marble faun" of the story, Donatello. If ever a metaphor was overdone...

So, yeah, count me as not a fan of this.… (more)
LibraryThing member brakketh
Not to my taste sort of meandered along.
LibraryThing member Schmerguls
816 The Marble Faun or The Romance of Monti Beni, by Nathaniel Hawthorne (read 18 Aug 1965) I was not moved to make any comment on this novel after I finished it. I still remember it as a fairly interesting book, though not one that excited me. You can read the Wikipedia article on the book here:
The Marble Faun - Wikipedia, the free encyclopedia… (more)
Fewer

The American by Henry James
Pierre; or, The ambiguities by Herman Melville
The vicar of Wakefield by Oliver Goldsmith
The Master of Ballantrae by Robert Louis Stevenson
Typee, a peep at Polynesian life by Herman Melville
1 more
The glimpses of the moon by Edith Wharton
Fewer