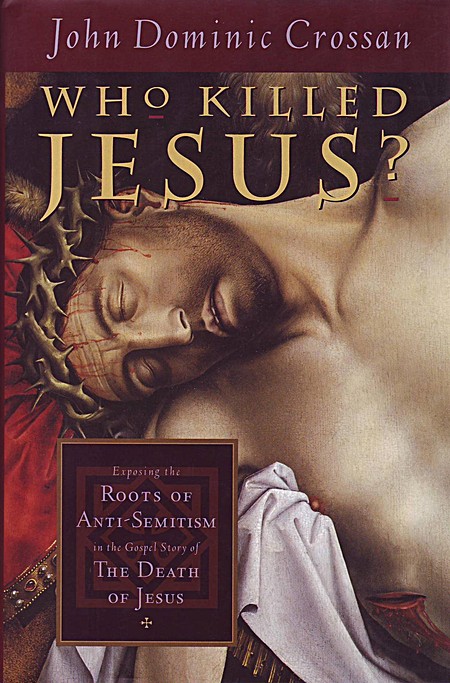 Who Killed Jesus? : exposing the roots of anti-semitism in the Gospel story of the death of Jesus

The death of Jesus is one of the most hotly debated questions in Christianity today. In his massive and highly publicized The Death of the Messiah, Raymond Brown -- while clearly rejecting anti-Semitism -- never questions the essential historicity of the passion stories. Yet it is these stories, in which the Jews decide Jesus' execution, that have fueled centuries of Christian anti-Semitism. Now, in his most controversial book, John Dominic Crossan shows that this traditional understanding of the Gospels as historical fact is not only wrong but dangerous. Drawing on the best of biblical, anthropological, sociological and historical research, he demonstrates definitively that it was the Roman government that tried and executed Jesus as a social agitator. Crossan also candidly addresses such key theological questions as "Did Jesus die for our sins?" and "Is our faith in vain if there was no bodily resurrection?" Ultimately, however, Crossan's radical reexamination shows that the belief that the Jews killed Jesus is an early Christian myth (directed against rival Jewish groups) that must be eradicated from authentic Christian faith.… (more)

LibraryThing member Devil_llama
This book is not exactly what it purports to be. It does little to expose the roots of anti-Semitism in the gospels, and it does even less to answer, or even ask, the question of the title: Who Killed Jesus? Instead, this book is merely a literary exploration of the roots of the gospels themselves; what was their genesis? Admittedly, the discussion of whether the gospels are history remembered or prophecy historicized (the author's phrase) is interesting, but it has been done before, many times. To actually explore the inconsistencies in the gospel, and try to get down to the root of who killed Jesus, and to trace the growth of anti-semitism in the gospel, rather than just continue to beat the bushes for literary priority between "Mark" and "Peter" - well, that wasn't what I signed on to read. The author does make a case for the primacy of Peter that is marginal at best, and some of his arguments appear to work better for the other side. The one time he came close to a truly convincing argument was in discussing the vinegar to drink verses. That time, I thought he had some really good arguments. Also, I always find it suspicious when an author tells you that a large portion of a source (in this case, the gospels) should be regarded as myth, but then accepts other parts as history with no clarification of what other evidence he has in support of that (and citing Josephus is questionable, at best, since Josephus wasn't even born when the crucifixion occurred, and therefore could not be considered anything more than hearsay, even if the phrases included are valid). Overall, a disappointment, but with some interesting tidbits.… (more)
1 more
LibraryThing member StephenBarkley
This book infuriated me.

I should start by explaining why I read it. Crossan has a deep understanding of the historical circumstances of first century Palestine. Throughout this book there were a number of nuggets drawn from Josephus, Philo, and elsewhere that shed real light on New Testament circumstances.

Now on to the frustration.

Here's Crossan's argument in a nutshell: the passion didn't happen. Theologians mined the Old Testament for ideas following the death of Jesus—a way to intellectually process what happened. They found texts like Psalm 2 and interpreted the significance of Jesus' death through that lens. Since the common folk couldn't understand such sophisticated theology, they invented stories that spread to confirm their hermeneutic. The passion is prophecy converted into a narrative fiction.

Crossan arrived at this conclusion through some clever redaction criticism. He finds the earliest stratum of the passion story embedded in the the Gospel of Peter (what he calls the "Cross Narrative"). Other sources include Q, Matthew, Mark, Luke-Acts, and John. He determines which story came first and which source is dependent on the others on order to play the differences between the narratives off each other.

Crossan's next step is reflected in the subtitle. The creators of such a grand fib need to be exposed and held responsible for the role their story played in the persecution of the Jewish people throughout history. At the heart of the Christian faith there's a lie that has harmed countless Jews.

"However explicable its origins, defensible its invectives, and understandable its motives among Christians fighting for survival, [the passion narrative's] repetition has now become the longest lie, and, for our own integrity, we Christians must at last name it as such" (152).

There are so many ways to respond to this. Here are a few thoughts:

1. Crossan discounts the very idea of predictive prophecy as ancient superstition. Once you take this step, it's easier to jump to prophecy-turned-story-telling.

3. Crossan takes what historical accounts (besides the gospels) tells him of first century Palestine then assumes that every event must fit that mold. Therefore, nothing unusual can happen. For example, crucified victims were not usually given a decent burial. Therefore, the story of Jesus' burial must be a fiction. By this logic, nothing unusual can ever happen!

4. Even if you agree with his argument on the passion being prophecy turned into story, you cannot blame those storytellers for the horrible acts perpetrated against the Jewish people centuries later. This actually shifts blame from those who committed the atrocities to a minuscule minority of persecuted Christians with no hand in the later violence.

I'll stop my rant. It's time to put Who Killed Jesus? back up on the shelf.… (more)
Fewer

The five Gospels : the search for the authentic words of Jesus : new translation and commentary by Robert W. Funk
The Historical Jesus : the life of a Mediterranean Jewish peasant by John Dominic Crossan
Beyond belief : the secret Gospel of Thomas by Elaine H. Pagels