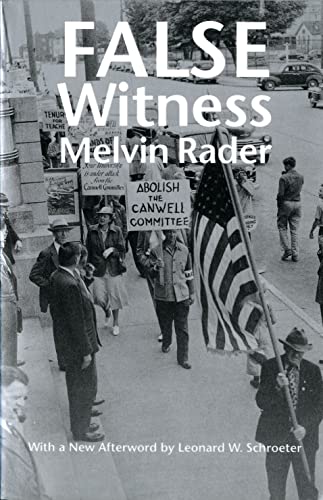 In the summer of 1948, with Cold War tensions rising, a young state legislator from Spokane, Washington, named Albert Canwell set out to combat the ?communist menace? through a state version of the House Committee on Un-American Activities. University of Washington professor Melvin Rader was a victim of the Canwell Committee's rush to judgment, but he fought back. False Witness tells of his struggle to clear his name. It is a testament of personal courage in the face of mass hysteria and a cautionary example of how basic freedoms can rapidly erode when the powers of the state are allowed to serve a rigid ideological agenda.