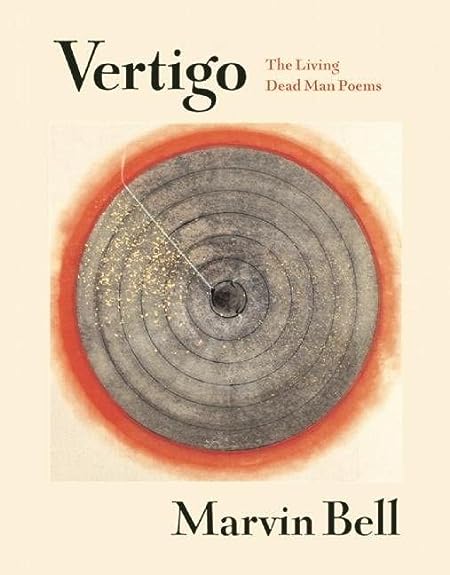 "Marvin Bell has the largest heart since Walt Whitman."--Harvard Review "One of our finest and most acclaimed poets."--Booklist "Charged with making the darkness visible, Bell's 'Dead Man' sometimes glows with an eerily illuminating light."--Publishers Weekly Marvin Bell is one of America's great poets, and his legacy includes the invention of a startling poetic form called the "Dead Man" poems. The Dead Man is alive and dead at once: not a persona, but an overarching consciousness, embedded in poetics and philosophy.Vertigo is the latest from the Dead Man--a brilliant, enigmatic, wise, and wild book. The dead man stands still, waiting for the boomerang to--you know. He hears the words of philosophers ricochet among chasms and      disappear in the far away. His scent goes forth, his old skin, hair and nails, and he spits, too. He leans forward to look backward, and the ancient world reappears. It is the beginning, when mountains, canyons and seas were new, before the moon had eyes, before paper, before belief. Anything he says now are souvenirs of the future... Marvin Bell has published seventeen books of poetry and has received numerous honors, including the Lamont Award and Senior Fulbright appointments to Yugoslavia and Australia. He taught for forty years at the Iowa Writers' Workshop, and was the first State Poet of Iowa. He lives in Iowa and Washington.… (more)