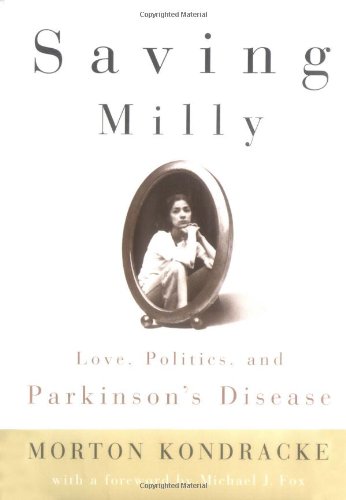 Morton Kondracke never intended to wed Millicent Martinez, but the fiery daughter of a radical labor organizer eventually captured his heart. They married, raised two daughters, and loved and fought passionately for twenty years. Then, in 1987, Milly noticed a glitch in her handwriting, a small tremor that would lead to the shattering diagnosis of Parkinson's disease. Saving Milly is Kondracke's powerfully moving chronicle of his vital and volatile marriage, one that has endured and deepened in the face of tragedy; it also follows his own transformation from careerist to caregiver and activist, a man who will "fight all the way, without pause or rest, to 'save' his beloved Milly." * (* Linda Bowles, The Washington Times)

The color of water : a Black man's tribute to his white mother by James McBride
Ice Bound: A Doctor's Incredible Battle for Survival at the South Pole by Dr. Jerri Nielsen
Darkness visible : a memoir of madness by William Styron