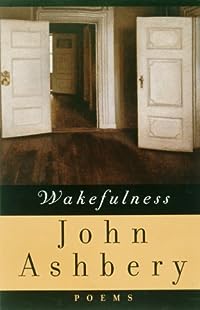 A collection of poems that recall, in their powerful transformations of language, the moment of clarity that arrives upon waking from a dream One of John Ashbery's most critically acclaimed collections since his iconic works of the mid-1970s, Wakefulness was praised in 1999 for its beauty and alertness. In these pages, the great poet is at once luring the reader into a vivid dream and waking us up with a jolt of recognition. In poems such as "The Village of Sleep," "Shadows in the Street," and "Wakefulness," dreams, sleeplessness, and other transformational and liminal states are revealed to be part of a ceaseless continuity of accelerating changes. Even the most seemingly familiar phrases ("stop me if you've heard this one") are ever in the process of changing their meanings, especially in Ashbery's hands. And distinctive new realities are created constantly by the power of words, in strange and beautiful combinations. With every word and every line, Ashbery questions the real and summons a new reality.… (more)

LibraryThing member realbigcat
I have a lot of good poetry books and I know the reputation and standing of John Ashbery. Donald Hall talks about him favorably in his memoir. However, I can just not get into these poems. Many of these poems to me are just a jumble of words. If there is a meaning it's so deep you could never find
Show More
it. I honestly believe I could write a jumble of random thoughts and have a poem just as good as any in this book. Sorry but I don't get it.
Show Less