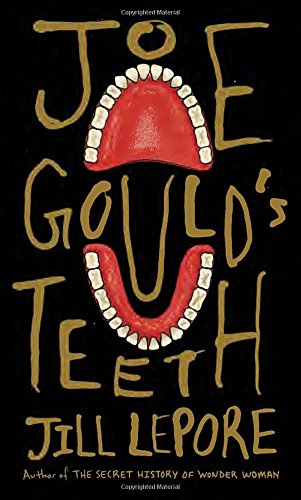 "A "New Yorker"staff writer and Harvard historian chronicles the discovery of Joe Gould's long-lost manuscript, "The Oral History of Our Time," and of the violence, betrayals, and madness that led to its concealment,"--NoveList.From New Yorker staff writer and Harvard historian Jill Lepore, the dark, spellbinding tale of her restless search for the long-lost, longest book ever written, a century-old manuscript called "The oral history of our time." Joe Gould, a madman, believed he was the most brilliant historian of the twentieth century. So did some of his friends, a group of modernist writers and artists that included E. E. Cummings, Marianne Moore, William Carlos Williams, John Dos Passos, and Ezra Pound. Gould began his life's work before the First World War, announcing that he intended to write down nearly everything anyone ever said to him. "I am trying to preserve as much detail as I can about the normal life of every day people," he explained, because "as a rule, history does not deal with such small fry." By 1942, when The New Yorker published a profile of Gould written by the reporter Joseph Mitchell, Gould's manuscript had grown to more than nine million words. But when Gould died in 1957, in a mental hospital, the manuscript was nowhere to be found. Then, in 1964, in "Joe Gould's Secret," a second profile, Mitchell claimed that the book had been, all along, merely a figment of Gould's imagination. Lepore, unpersuaded, decided to find out. The result is a Poe-like tale of detection, madness, and invention. Digging through archives all over the country, Lepore unearthed evidence that "The oral history of our time" did in fact once exist. Relying on letters, scraps, and Gould's own diaries and notebooks--including volumes of his lost manuscript--Lepore argues that Joe Gould's real secret had to do with sex and the color line, with modernists' relationship to the Harlem Renaissance, and, above all, with Gould's terrifying obsession with the African American sculptor Augusta Savage. In ways that even Gould himself could not have imagined, what Gould wrote down really is a history of our time: unsettling and ferocious.--From dust jacket.… (more)

LibraryThing member akblanchard
Joe Gould (1889-1957) was an eccentric fixture on the New York literary scene from approximately 1914 until his more-or-less permanent institutionalization in 1947. He was an obsessive writer who claimed that he was working on a comprehensive manuscript he called "The Oral History of Our Time"; the text was said to consist of every word anyone said to him. Gould was the subject of an acclaimed 1964 New Yorker profile and had powerful literary friends including E. E. Cummings and Ezra Pound. But even their support couldn't get his manuscript published or save him from the madness that eventually overtook him.

In Joe Gould's Teeth noted biographer and historian Jill Lepore describes her efforts to plumb the depths of Joe Gould's life story. In particular, she is curious about the fate of Gould's manuscript. Does any of it still exist today, or is there any truth to the allegation that it never existed at all? She also wonders about the nature of Gould's mental illness, and his obsessive stalking of Augusta Savage, a prominent African-American sculptress. Her examination of the surviving records, which are housed in various archives, raises more questions than it answers.

This very short book (it is based on a long-form New Yorker article that appeared in 2015) is recommended for those who are intrigued by unusual, colorful characters.… (more)
2 more
LibraryThing member franoscar
Spoilers could be.
I read a pre-publication copy that I got at ALA midwinter. I hope they fixed some of the errors.
As I was reading I thought the book was very good, but I'm not sure that's true. It is an ugly story. Certainly Cummings and Pound play ugly roles, which I guess shouldn't be surprising. But the day-to-day life of this horrible man...and his grotesque persecution of Augusta Savage.... I think there were a couple of times when I read the notes & didn't agree that they supported the conclusion drawn in the text. It is a short book & by the end I didn't really care or understand why anybody else would care much either.… (more)
LibraryThing member JBD1
I enjoyed this foray into the great mysterious morass of Joe Gould's story and its various incarnations, though I found at times that Lepore didn't follow research leads I expected she would, leaving a lot of stones unturned. I think she gets, though, at the essential bits of Gould's very sad life (and how his clear mental illness manifested in some deeply troubling ways).… (more)
Fewer

Lafayette in the somewhat United States by Sarah Vowell
The years with Ross by James Thurber
Up in the old hotel and other stories by Joseph Mitchell
This boy's life : a memoir by Tobias Wolff
Let Me Tell You: New Stories, Essays, and Other Writings by Shirley Jackson
5 more
Palimpsest : a memoir by Gore Vidal
The Story of America : essays on origins by Jill Lepore
Truevine: Strange and Troubling Tale of Two Brothers in Jim Crow America by Beth Macy
Furious Hours: Murder, Fraud, and the Last Trial of Harper Lee by Casey Cep
Blood at the root : a racial cleansing in America by Patrick Phillips
Fewer