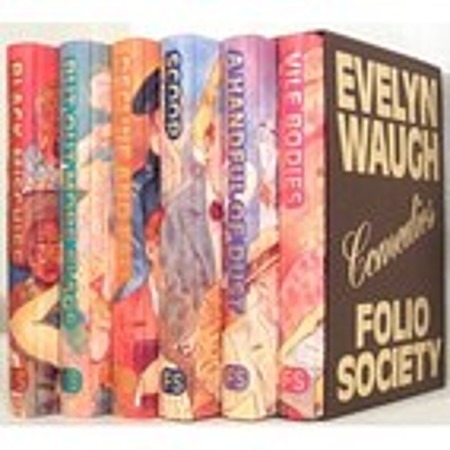 ""Black Mischief, " Waugh's third novel, helped to establish his reputation as a master satirist. Set on the fictional African island of Azania, the novel chronicles the efforts of Emperor Seth, assisted by the Englishman Basil Seal, to modernize his kingdom. Profound hilarity ensues from the issuance of homemade currency, the staging of a "Birth Control Gala, " the rightful ruler's demise at his own rather long and tiring coronation ceremonies, and a good deal more mischief.

The island has been united under the rule of a local tribesman who has sent his son to study at Oxford. The patriarch dies, as does his sole surviving legitimate heir, a daughter. The daughter’s husband seeks to assume control of the country, but the Oxford educated son returns and engages the country in a civil war, assisted by an English colonel who heads up his army.

Ultimately, the grandson, Seth, prevails and has as his goal the advancement and modernization of his country. Unfortunately, he is hopelessly idealistic, completely unrealistic, and ultimately childlike and devoid of any shred of common sense. He is surrounded by opportunistic Europeans and local nobility who are no better than savages.

The entire book is little more than an indictment of both the local inhabitants (portrayed as hopelessly corrupt and stupid) and the colonial forces who seek to profit from their corruption and stupidity. While there are moments of amusement, it actually becomes quite tiresome after about a hundred pages. There is actually not much to recommend it.… (more)
Fewer