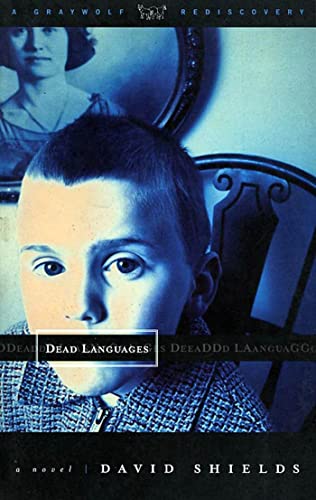 In Dead Languages by David Shields, Jeremy Zorn's mother tries unsuccessfully to coax him into saying "Philadelphia," and his life becomes framed by his unwieldy attempts at articulation. Through family rituals with his word-obsessed parents and sister, failed first love, an ill-fated run for class president, as the only Jewish boy on an otherwise all-black basketball team, all of the passages of Jeremy's life are marked in some way by his stutter and his wildly off-the-mark attempts at a cure. It is only when he enters college and learns his strong-willed mother is dying that he realizes all languages, when used as hiding places for the heart, are dead ones.