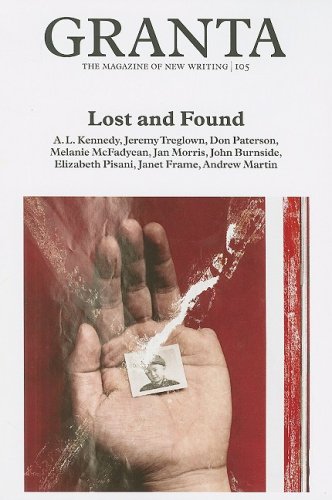 Our world is changing at a dizzying pace: our physical environment, our communities and our cultures, how we communicate and the speed with which we adapt to new ways of experiencing and living in the world. Caught in the midst of decline and regeneration, what are we losing and what are we gaining? And how do we decide what's worth saving and what should be thrown away? In this issue, we travel to places on the cusp of staggering change, talk to people who have seen and done it all and rescue a few choice items from the recycling bin. Elena Lappin journeys to Tel Aviv, Berlin and Prague on the trail of Kafka's missing papers; Karen Wright dissects the impact of the Russian oligarchy on the international art scene; and Maurice Walsh talks to Ireland's priests about how their role in the community is changing beyond recognition. Plus: Tim Adams on his great-grandfather, England's first ever goalkeeper, Rick Gekoski on a lost poem by James Joyce, Elizabeth Pisani back in Tiananmen Square, twenty years on, and Jeremy Treglown excavates Lorca's grave.From Ireland's Catholic priests - once exported around the world and now under threat even in their own country - to the hitherto obscure music saved from extinction via the vast exchange mart of the Internet, Granta 105 captures moments of both disappearance and rebirth in all their complexity and strangeness.… (more)

LibraryThing member Opinionated
The best editions of Granta are almost always those that have a focus on reportage vs fiction and this issue thankfully has a heavier weight of reportage than snippets of fiction. The best piece is Melanie McFaddyean's piece on the Ben Needham case, and the impact of the loss of the 2 year old boy 18 years ago has had on the family. The contrast from the hysteria surrounding the McCann case could not be more marked. Also good is Maurice Walsh's piece on the state of the priesthood in Ireland - where only 2 new priests were ordained in the whole country in 2007. I also enjoyed Andrew Martin's article on the joys of pipe smoking, Don Paterson's sardonic account of attempting to be a happy clappy Christian as a teenager and even Jeremy Treglown's piece on the movement in Spain to exhume the Republican corpses from the Civil War, even if he is a bit hysterical in his descriptions of the Falange. All in all, one of the better recent issues (which have generally been pretty poor)… (more)