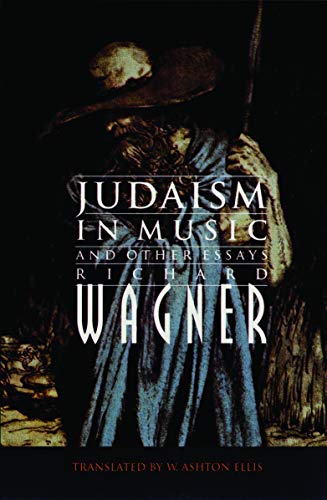 Judaism in music and other essays

Musical genius, polemicist, explosive personality--that was the nineteenth-century German composer Richard Wagner, who paid as much attention to his reputation as to his genius. Often maddening, and sometimes called mad, Wagner wrote with the same intensity that characterized his music.   The letters and essays collected in Judaism in Music and Other Essays were published during the 1850s and 1860s, the period when he was chiefly occupied with the creation of The Ring of the Nibelung. Highlighting this collection is the notorious 1850 article "Judaism in Music," which caused such a firestorm that nearly twenty years later Wagner published an unapologetic appendix. Other prose pieces include "On the Performing of Tannhauser," written while he was in political exi≤ "On Musical Criticism," an appeal for a more vital approach to art undivorced from life; and "Music of the Future." This volume concludes with letters to friends about the intent and performance of his great operas; estimations of Liszt, Beethoven, Mozart, Gluck, Berlioz, and others; and suggestions for the reform of opera houses in Vienna, Paris, and Zurich.   The Bison Book edition includes the full text of volume 3 of William Ashton Ellis's 1894 translation commissioned by the London Wagner Society.… (more)