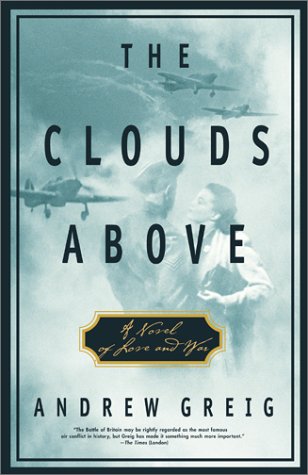 The clouds above : a novel of love and war

It is 1940 and Britain is at war with Germany. France has fallen and with Britain the next, and most crucial, country in Hitler's path, the threat shifts to unfamiliar terrain - the skies and an epic battle between the Luftwaffe and the RAF. Lenny is a young and inexperienced fighter pilot stationed in Gravesend. After a meeting at a dance with Stella, a radar operator with a more worldly attitude altogether, he falls in love for the first time. She is his eyes on the ground, he is her protector in the air, and as the battle intensifies so their affair gathers pace in an increasingly uncertain time. Class and national barriers lose their distinction and a heady whirl of parties, drinking and promiscuity distracts from the more serious business at hand. Told in intimate, alternate chapters from the perspectives of Lenny and Stella, That Summer matures into a breathtaking novel; a classic love story and a thrilling picture of life during wartime.… (more)

LibraryThing member PilgrimJess
This novel tells the story of the relationship between an RAF pilot, Len Westbourne, and a RDF (radar) ground-controller, Stella Gardam,during the summer of 1940, in what would later be referred to as the Battle of Britain.

Set against a war-time background 'That Summer' is a well crafted love story full of both joy and sorrow. The story is told in first person narrative from the viewpoint of each of the main characters in short punchy chapters with each of the lovers narrating different sections.

I felt that Greig managed to vividly evoke the immediacy of life at the time, in particular that of the fighter pilots. There is an intensity to it as each one of them lives life to its full. Greig explores the hearts and minds of his characters, in doing so, turns this into a novel about what it means to enjoy life whilst you can at the same time bringing home the reality of the randomness of war.

This is not some nostalgic piece of work but a very contemporary one. You cannot help to care about Len and Stella, their friends Tad and Maddy, willing them all to survive unscathed against all the odds and we, the modern day reader, get a possible insight into the hopes and dreams for the future, after the war, of those that were actually there. Simple dreams of families and setting down roots.

The book does not glorify war but rather the futility of it. Overall I felt that this was a very well written and thoughtful piece of work from an author that I had not previously picked up.… (more)