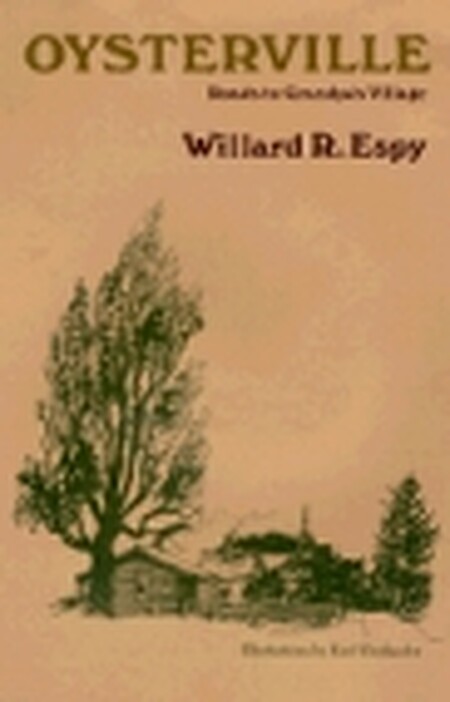 Oysterville is the magnificently told tale of four families who settled up and down the East Coast of America three centuries ago and subsequently migrated west, eventually arriving at the tiny settlement of Oysterville on the Pacific coast in the territory of Washington. Drawing on conversations with elderly relations and friends, on historic letters and documents, Willard Espy affectionately reconstructs his own personal past to give us a rich and revealing account of these families that were born, grew up, and died as the United States itself was being shaped and formed, explored and expanded.

The last wilderness by Murray Cromwell Morgan
The Northwest Coast: Or, Three years' Residence in Washington Territory by James G. Swan
Island Year by Hazel Heckman
Island in the sound by Hazel Heckman
Washington State place names by James Wendell Phillips
22 more
The untamed Olympics; the story of a peninsula by Ruby El Hult
Whistlepunks & Geoducks : Oral Histories From the Pacific Northwest by Ron Strickland
Washington Territory by Robert E. Ficken
Washington : a centennial history by Robert E. Ficken
Puget's Sound : a narrative of early Tacoma and the southern Sound by Murray Cromwell Morgan
The Canoe and the Saddle; or, Klalam and Klickatat by Theodore Winthrop
The Fourth Corner: Highlights from the Early Northwest by Lelah (Jackson) Edson
The Good Rain: Across Time and Terrain in the Pacific Northwest by Timothy Egan
The Natural History of Puget Sound Country by Arthur R. Kruckeberg
Northwest passage : the great Columbia River by William Dietrich
Seattle: Then & Now by James Madison Collins
Winter Brothers: A Season at the Edge of America by Ivan Doig
A Small World of Our Own: Authentic Pioneer Stories of the Pacific Northwest from the Old Settlers Contest of 1892 by Robert Allen Bennett
Snoqualmie Pass: From Indian Trail to Interstate by Yvonne Prater
Exploring Washington's past : a road guide to history by Ruth Kirk
Purple Flat Top : in pursuit of a place by Jack Nisbet
Skid road : an informal portrait of Seattle by Murray Cromwell Morgan
Seattle, past to present by Roger Sale
The American Northwest: A History of Oregon and Washington by Gordon B. Dodds
Coast country; a history of southwest Washington by Lucile Saunders McDonald
Kinsey, photographer : a half century of negatives by Darius and Tabitha May Kinsey, with contributions by son and daughter, Darius, Jr. and Dorothea by Darius Kinsey
Pig War islands by David Richardson
Fewer