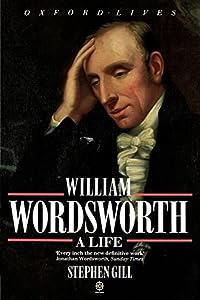 Based on intimate knowledge of the poet's manuscripts, on a fresh look at contemporary records, and on a study of the mass of material that has appeared since the last serious biography, a quarter-century ago, this new account of Wordsworth focuses on what was most important to him - his lifeas a writer. The common notion is that the older Wordsworth betrayed his youthful, radical self to become a prosy Tory bore. By contrast, this intelligent and authoritative biography demonstrates that once the poet had returned to the Lake District, determined to live dedicated to poetry at whatever cost, hislife took on a unity and purpose it had previously lacked. His politics certainly changed, and his poetic power waned, but from 1799 almost until his death in 1850, Wordsworth single-mindedly shaped his own life in submission to an imaginative possession whose importance he never doubted. It was, in its way, a heroic life. Wordsworth suffered numbing blows from the death of friends and family, including three of his own children. Critics reviled his poetry for over twenty years, and he never made enough money by his pen to live on - unlike his dear friend Scott. Yet his dedicationto his art did not waver. In middle age he knew that contemporaries valued him as a moral sage; in old age he suffered the embarrassment of being a cultural icon. The lucid narrative that Stephen Gill draws out is the story of that hard-won triumph: its purpose is to bring readers back freshly topoetry that is full of human understanding and experience, and a tested, sober faith in 'Man's unconquerable mind'.… (more)

LibraryThing member thorold
The record of Wordsworth's life is interesting for all kinds of reasons, not least simply because of the accident of when he was born and how long he lived. This is someone who during his student vacations witnessed the heady atmosphere of revolutionary France, but who was still around in the year before the Great Exhibition to fulminate against railway expansion and mass tourism. He outlived the critical young writers of the generation after his own (Byron, Keats, Shelley) to become a national institution courted by all sides of the political and religious spectrum - Charles Kingsley, the Arnolds and Mrs Gaskell looked to him for inspiration just as much as Ruskin, Keble and Newman did. And of course he's one of the few writers who can be said to have exerted a direct geographical influence - without him, the fells of Cumberland and Westmoreland would never have turned into "the Lake District". There would never have been that wonderful moment on 14 August 1805 when Wordsworth, Sir Walter Scott and Sir Humphrey Davy climbed Helvellyn together - the battle of Trafalgar was still a couple of months away, but the 19th century had already defined itself...

Gill's Life is a sober, academic account, staying away from gossip and speculation and focussing on Wordsworth's writing and the things that were directly relevant to it. It's lively and readable, but it's clearly designed in the first place for readers who are engaging with the poetry and are looking for context and background. And that's important, because Wordsworth really is a writer who is involved in the politics of his own times. However, if you just want anecdotes about home-life in Dove Cottage or detailed maps that will allow you to retrace Wordsworth's treks across the fells, this is not the place for it.

Something Gill is very interested in is the way Wordsworth often seems to be defined more by what he did not write than what he did, in particular the long philosophical poem "The Recluse" which he had planned out with Coleridge's encouragement, and to which "The Prelude" was supposed to act as a kind of introduction. "The Excursion" would have been one part of "The Recluse", but Wordsworth really wasn't a man for abstracting and systematising his ideas: he was passionately interested in what could be learnt from digging into the individual human experience, but he was sceptical about any ideas that started to float free of that foundation.… (more)

Shelley : the pursuit by Richard Holmes
The Gang: Coleridge, the Hutchinsons & the Wordsworths in 1802 by John Worthen