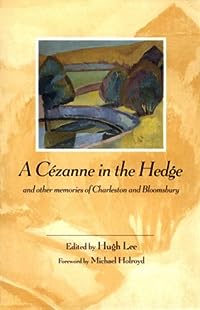 The Bloomsbury circle has long preoccupied writers, critics, and the general public alike. For many years its focal point was Charleston Farmhouse in Sussex, the home of Vanessa and Clive Bell and Duncan Grant. A Cezanne in the Hedge brings together firsthand reminiscences of Charleston, vividly and amusingly evoking its creativity - and eccentricity. Childhood memories from Quentin Bell, Angelica Garnett, and Nigel Nicolson are interspersed with appraisals of the work of Bloomsbury members such as Roger Fry, Maynard Keynes, and Virginia Woolf and their contribution to twentieth-century British art and thought. The book ends with a previously unpublished spoofpiece by Virginia Woolf entitled "A Terrible Tragedy in a Duckpond." It was at the suggestion of Virginia Woolf that the painter Vanessa Bell, her sister, moved to Charleston in 1918 with her two sons and the painter Duncan Grant and writer David Garnett. Frequently visited by Clive Bell, Roger Fry, Maynard Keynes, and Lytton Strachey. Charleston soon became a focus for writers and painters of the Bloomsbury circle and remained a place of continuing creative activity until Duncan Grant's death in 1978. Today the house offers the only surviving example of the domestic decorative art of Vanessa Bell and Duncan Grant and stands as a monument to a way of life.… (more)

Bloomsbury recalled by Bloomsbury
Vanessa Bell by Frances Spalding
Leonard Woolf : a biography by Victoria Glendinning
Bloomsbury Pie: The Making of the Bloomsbury Boom by Bloomsbury