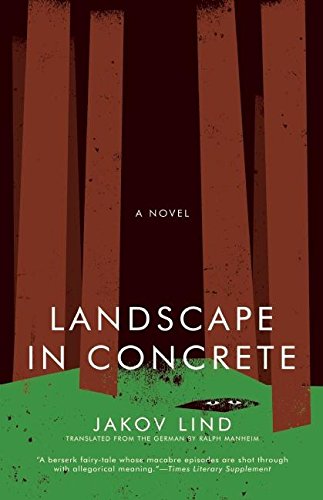 "It is this book that confirms Lind's status as an author of international importance."--New York Times Sergeant Gauthier Bachmann is the perfect Nazi soldier. But after a horrifying defeat at Voroshenko, where most of his Eighth Hessian Infantry Regiment was slaughtered in a single instant, Bachmann was declared mentally unfit to serve. Incapable of accepting this judgment, and of returning to his girlfriend and a quiet life as a gold- and silversmith, Bachmann wanders the war-ravaged countryside, trying to find a way to rejoin his regiment, or any regiment, and return to the front. While trying to find his regiment and come to terms with the horrors he has seen and committed, the increasingly unstable Bachmann is manipulated by a series of figures from the war's underbelly--deserters and collaborators, corrupt officers and sexual predators--who induce him to carry out their venal missions, which they've justified against the background of institutionalized murder going on all around them. Containing dark echoes of Jaroslav Hasek'sThe Good Soldier Svejk, Jakov Lind'sLandscape in Concrete is an "astonishing and highly original imagining of (the) dimensions of evil including sadistic cruelty, of the condition of being a victim and the madness abroad which constitutes the virtual victory of Hitler if we fail to translate survival into freedom" (Anthony Rudolf). Jakov Lind was born in Vienna and survived the Second World War by fleeing into Germany, where he disguised himself as a Dutch deckhand. Regarded in his lifetime as a successor to Beckett and Kafka, Lind was posthumously awarded the Theodor Kramer Prize in 2007. Ralph Manheim was one of the great translators of the twentieth century. He translated Günter Grass, Bertolt Brecht, Louis-Ferdinand Céline, Hermann Hesse, Peter Handke, and more. In 1982, PEN American Center created an award for translation in his name.… (more)

LibraryThing member seeword
A tragic/comedic tale of the absurdity of war told from the prospective of Bachmann, a WW2 German soldier, the survivor of a devastating battle where almost his entire regiment was lost in the mud of the Eastern Front. He is declared mentally incompetent and is set for discharge. He runs away and tries to find his regiment. Strange adventures ensue with an assortment of odd characters: a poisoner/deserter, a homosexual officer, a deranged former schoolteacher turned double agent, Bachmann's large girlfreind, an odd judge, Gypsy musicians....
The introduction by Joshua Cohen is also a good read. Jakov lind's life is almost stranger than his fiction.… (more)

Ergo by Jakov Lind
Rupert : a confession by Ilja Leonard Pfeijffer
Klausen by Andreas Maier
The mighty angel by Jerzy Pilch
Aracoeli : a novel by Elsa Morante
19 more
The taker, and other stories by Rubem Fonseca
The ambassador by Bragi Ólafsson,
To hell with Cronjé by Ingrid Winterbach
The conqueror : a novel by Jan Kjærstad
The golden calf : a novel by Ilʹi︠a︡ Ilʹf
The discoverer : a novel by Jan Kjærstad
The pets by Bragi Olafsson
Death in spring : a novel by Merc Rodoreda
Gasoline by Quim Monz贸
Sailor from Gibraltar : a novel by Marguerite Duras
The sixty-five years of Washington by Juan José Saer
A thousand peaceful cities by Jerzy Pilch
Zone by Mathias Enard
The private lives of trees by Alejandro Zambra
Season of ash : a novel in three acts by Jorge Volpi Escalante
Demons (Sun & Moon Classics) by Heimito von Doderer
The wall in my head : words and images from the fall of the Iron Curtain by Keith Gessen
The museum of eterna's novel : the first good novel by Macedonio Fernández
The Confusions of Young Torless by Robert Musil
Fewer