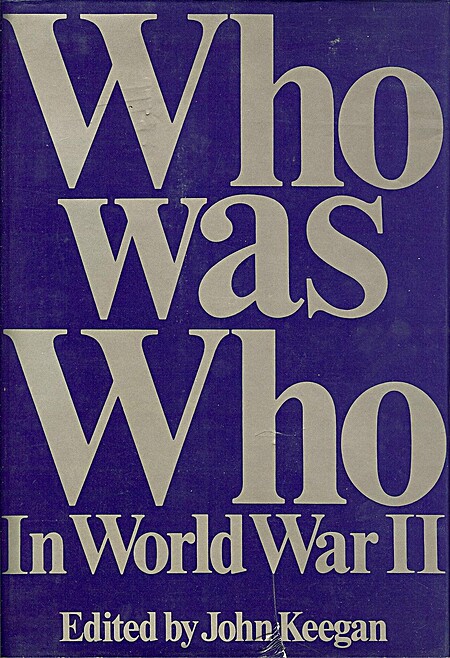 Who was who in World War II

World War II was a truly global conflict, fought in five continents, with a rich dramatis personae. The players included not only soldiers and statesmen of orthodox background, but three dictators of world stature, Hitler, Mussolini and Stalin; demagogues like Goebbels and ideologues like Alfred Rosenberg; politicians of charismatic power, like F.D. Roosevelt; and prophets of national resistance, like Charles de Gaulle and of national liberation like Mahatma Ghandi. This book brings together the most important of these characters from every sphere of responsibility - or irresponsibility - and provides a reference source for the salient facts about the life, career, and personality of each of them.