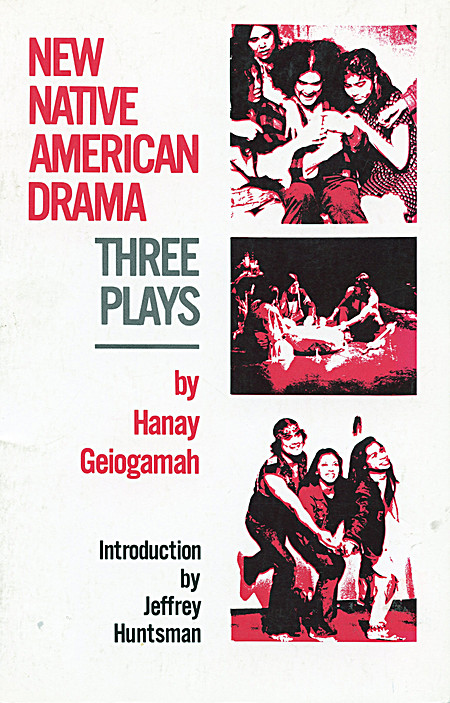 This first collection of plays by an Indian playwright presents a spectrum of Indian life that ranges in time from the past to the present and on into the future. Body Indian, the earliest, most widely performed, and most highly acclaimed of Geiogamah's plays, deals with a problem of the present -Indian alcoholism. But the play is not so much about alcoholism as it is about the social and moral obligations that Indian people owe to one another. Foghorn, through the use of humor rather than bitterness, tries to exorcise the harmful stereotyping that often stands in the way of non-Indians' understanding of Indians, and even on occasion of Indians' own appreciation of themselves. In the play 49 the author links the past with the present and points a road to the future. Here the approach is synchronic rather than diachronic. The value of Indian traditions is emphasized -but only where those traditions are used imaginatively and not treated as ossified relics to be blindly venerated. 49 celebrates the continuity of Indian life in the vigor of new forms and with an abiding optimism. This collection of plays-all widely performed and seriously and extensively reviewed-adds a new and important voice to the small body of Indian authors who write about their own people.… (more)

A Touch of the Poet by Eugene O'Neill
Shadowlands by William Nicholson
The elder statesman, a play by T. S. Eliot
American Indian Autobiography by H. David Brumble
The Jailing of Cecelia Capture by Janet Campbell Hale