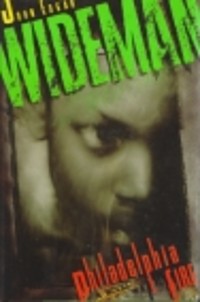 Philadelphia Fire is the most ambitious, most highly praised, and best-selling work of fiction by "one of America's premier writers of fiction" (The York Times). Based on the 1985 bombing police of a West Philadelphia row house owned the Afrocentric cult Move, it tells of Cudjoe, a writer who returns to his old neighborhood after a decade of self-imposed exile, obsessed with finding the lone boy who was seen running from the flames.

LibraryThing member janeajones
On May 13, 1985, in West Philadelphia, after bullets, water cannon and high explosives had failed to dislodge the occupants of 6221 Osage Avenue, a bomb was dropped from a state police helicopter and exploded atop the beseiged row-house. In the ensuing fire fifty-three houses were destroyed, 262 people left homeless. The occupants of the row-house on Osage were said to be members of an organization called MOVE. Eleven of them, six adults and five children, were killed in the assault that commenced when they refused to obey a police order to leave their home. A grand jury subsequently determined that no criminal charges should be brought against the public officials who planned and perpetrated the assault.

The conflagration on Osage Street is the literal fire of Wideman's Phildelphia Fire; it is a metaphor for the destruction of the social fabric that this novel presents. Wideman has elsewhere declared himself a pessimist; the vision he presents in Philadelphia Fire is an extremely dark one.

Cudjoe, the protagonist of much of the novel, is an expatriate African-American novelist, who has lived on Mykonos for several years. Driven into looking for the "story of a fire and a lost boy," he returns to Philadelphia, his hometown. But his quest is also for a city which might allow people to live
in "brotherly love." What he finds are the fragments of civilization: alienation, squalor, violence and the total absenceof innocence -- a city of "brothelly love."

Cudjoe's initial search is for a child, called Simbu Muntu,"the Lion," who supposedly ran, burning, from the house on Osage Street, the lone survivor of the bombing. He interviews a former member of MOVE, Margaret Jones, who recalls the fascinated revulsion she felt for King, John Africa, the leader of the group:

Wasn't like King told me something new. Wasn't like I had a lot to learn. Looked around myself plenty times and said, Got to be more to it than this. Got to be. King said out loud what I been knowing all along. Newspapers said King brainwashing and mind control and drugs and kidnapping people turn them into zombies. Bullshit. Because I been standing on the bank for years. Decided one day to cross over and there he was, the King take my hand and say, Welcome, come right in, we been waiting. Held my breath walking past him and wasn't more than a couple months later I'm holding my breath and praying I can get past the stink when he's raising the covers off his mattress and telling me to lie down with him. By then the stink wasn't really stink no more. Just confusion. A confused idea. An idea from outside the family, outside the teachings causing me to turn my nose up at my own natural self. Felt real ashamed when I realized all of me wasn't inside the family yet. I damned the outside part. Left it standing in the dark and crawled up under the covers with King cause he's right even if he did things wrong sometimes, he's still right cause ain't nothing, nowhere any better.

MOVE offered an Edenic, if dirty, island for one trying to stay alive in a hostile ocean. But the ocean inevitably swept the island away. Margaret knew the people who had been taking care of Simba, nursing him back to health -- Cudjoe thought he had a path to the child, to the story of the fire. But Simba got on a bicycle one day and rode away. No one could find him; he simply disappeared. Another lost fragment.

In the city that Cudjoe returns to, even the possibility of childhood seems to have been lost. The omnipresent graffitispells out “Kid's Krusade. Kaliban's Kiddie Korps. MPT: Money Power Things.” Cudjoe's friend Timbo, the mayor's cultural attaché, translates the message: "Kids today are a bitch....Now they kill anybody, Anything....Ice water in their veins. And ain't this high yet, ain't twelve years old yet....They want to take over, man. Little runty-assed no-hair-on-their-dicks neophytes want to run the city. Yeah. Money Power Things. MPT....Claim the only difference between them and grown-ups is grown-ups hold the money, power and things. Funny, ain't it?
Same shit we wanted back in the sixties." But Timbo also lists the atrocities that "prove adults don't give a fuck about kids."

The break in the chain of nurturance which Cudjoe witnesses is reflected in his own life. The house he returns to in Philadelphia is full of the memories of the summer he spent caring for his dying grandmother. "He learned the parts of a woman's body caring for her.... He loved her. Shared her secrets.
If he sat in the rocker keeping watch while she slept, she would not die." But she did die, and her death seems to break the link of responsible caring for Cudjoe.

He is divorced and has no contact with his children. Sam, the editor who nurtured his talent, is dead. He lunches with Timbo, a college classmate, and encounters the younger brother of his childhood friend, Darnell, on a city basketball court. Darnell is in jail for dealing drugs. None of the connections hold. In one segment of the novel, Cudjoe recalls a time he spent teaching when he directed a production of The Tempest. It was an improbable feat. He barely convinced himself that he could pull it off -- teaching black inner-city kids to speak blank verse, to pull together to create a production: "To catch a conscience. To prick pride and dignity and say, Hey, we're alive over here. That was Shakespeare you all just say performed. And we did it."

But they didn't. It rained the two days the production was scheduled for the park, and the sets were washed away. They had to start all over again. But they didn't. And Cudjoe quit teaching -- feeling guilty for not doing enough and knowing he could never do enough. The dreams dissolve.

Wideman's answer to Langston Hughes' haunting question, "What happens to a dream deferred?" is that the dream turns to ashes: ashes in the mouth, ashes in the air, ashes ground into skin of one's being. Both John Africa's dream of a return to a natural paradise and the black mayor's dream of new Philadelphia are consumed by the ashes of the bombing on Osage Street. Darnell Thompson's dream of basketball ends in a jail cell. Timbo's dream of using politics to affect change is consumed by expensive lunches paid for with the perks of office. Cudjoe's dreams of teaching children, of finding the child, Simba Muntu, are discarded. But still he dreams of the child that might have been saved -- a kid hanging from the rim of a basketball hoop, "It's me and every black boy I've ever seen running up and down playing ball.... I don't know how I remember it's just a nightmare and cut him down.... Grateful almost to realize he's just a child. That his body is small and I can bear the weight of it as I back down the ladder."

Interspersed throughout the novel are Wideman's letters to and conversations with his son Jacob, sentenced to life imprisonment for inexplicably stabbing a friend on a camping trip. Wideman lays bare his own agony, his inexpressible sadness and his frustration in being unable to help his son. At one point he asks, "What is the word for a parent who's lost a child? I have no word, no place to begin." Even with education, material success and escape from the inner city, Wideman was unable to protect his child, or himself, from the curse long ago laid.

J.B., the homeless Job of Philadelphia's streets, is the survivor. He panhandles and feasts on the contents of a MacDonald's dumpster. He survives only because he hoards the scraps of existence and tenaciously hangs on -- hangs on for no particular reason except out of habit. His dreams are haunted with images of men warring against men throughout history and across the globe.

On receiving on an honorary degree from the University of Philadelphia in May, 1986, Wideman said, "And so my notion is not--not that we dream in order to become something, but we dream because when we dream, we are our better selves. And that's why I write--because I have that ideal in front of me.... You need to put your dreams in a pot." Philadelphia Fire is a potful of nightmares

Philadelphia Fire is a difficult book. The narrative is fragmented, and the focus on characters shifts without warning. Wideman's language leaps from lyrical prose to stream of consciousness to the rap of the street, and his style is densely allusive. But it is the questions that Wideman leaves with the reader that are the most difficult.… (more)
1 more
LibraryThing member Katethegreyt
This novel is an excellent exploration of narrative style and voice. I will definitely read it again and be looking for more books by Wideman. I identified 1st, 3rd, and 2nd point of view.
The novel begins in Greece and briefly mentions other locations but the focal point is Philadelphia. From the cover: "Based on the 1985 bombing by police of a West Philadelphia row house owned by the Afrocentric cult Move, it tells of Cudjoe, a writer who returns to his old neighborhood after a decade of self-imposed exile, obsessed with finding the lone boy who was seen running from the flames."
But it is so much more than that - it is the story of Cudjoe/Wideman, the leader of Move, a wonderful connection with Shakespeare's [The Tempest]that I read as creating an island imagery central to the novel.
Almost too much for one reading - powerful writing.
4.5 out of 5.… (more)
Fewer