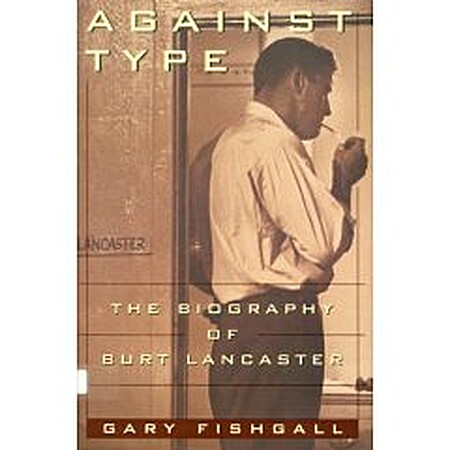 Against type : the biography of Burt Lancaster

Against Type is the first comprehensive, revealing biography of Burt Lancaster, one of Hollywood's most enduring stars and most successful producers. His career spanned the final days of the Golden Age to the advent of the miniseries, and he costarred with outstanding actors of several eras, such as Gary Cooper and Kevin Costner, Barbara Stanwyck and Susan Sarandon. Author Gary Fishgall reveals the story of Lancaster's poverty-stricken childhood in East Harlem, his experiences as a circus acrobat, his three marriages and various extramarital affairs, and his movie career, which included such great and diverse films as The Sweet Smell of Success, Come Back Little Sheba, The Killers, From Here to Eternity, Trapeze, The Rainmaker, Elmer Gantry (for which he won an Oscar), Judgment at Nuremberg, Local Hero, and Field of Dreams.… (more)

Goldwyn : a biography by A. Scott Berg