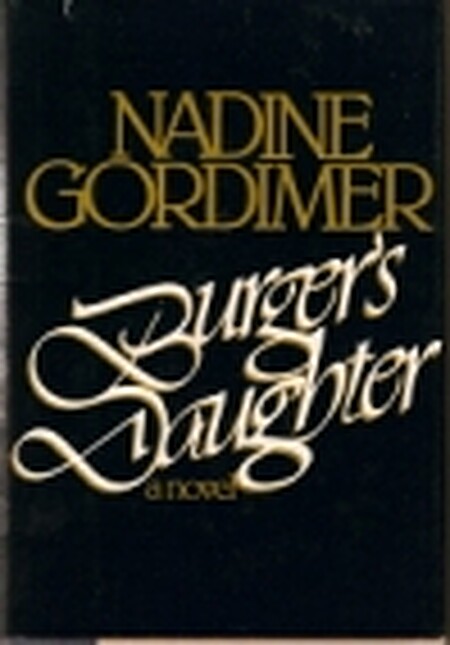 In Burger's Daughter, Nobel Prize winner Nadine Gordimer uses a coming-of-age story to explore the complicated political circumstances of modern South Africa. Rosa Burger is a white South African woman in her early twenties trying to uphold the political heritage handed on by her martyred parents while carving out a sense of self. Cast in the revolutionary mold, the only survivor of a family known for their anti-apartheid beliefs and practices, Rosa is under the watch of the government and the rebels alike, all of whom seem to have great expectations of her. A quiet, private person, Rosa herself is more concerned with introspection and with trying to understand her identity and her political climate in her own way. Through her journey, the journey of a nation comes to light.… (more)

It’s not peace at any price, it’s peace for each at his price. White liberalism will sacrifice the long odds on attaining social justice and settle for letting blacks into the exploiting class. The ‘enlightened’ government crowd will sacrifice the long odds on maintaining complete white supremacy and settle for propping up a black middle class whose class interests run counter to a black revolution.

It's just one piece of a larger conversation about whether or not the black who were invited to box with the whites at the Olympics and what it means for everyone. Is it progress that they are being invited? Is it a stall tactic for the whites who are in power to not have a full on revolution? And then what does it all mean when you take a second and look back on your own country's history? It sent me in circles for days thinking about how things work in the US and whether or not this person was on to something and what it would mean for everyone if it really worked this way. Passages like this happened several times in the book.
Rosa was a great character, not necessarily because she is likable but because she isn't always likable. A character shouldn't always have to be likable. Sometimes they are going to do disagreeable things, just as people do, if they are to be true to life characters. Her world and her problems were interesting and foreign to me and it was completely understandable to me for her to feel every way she felt, even when it resulted in her doing things I didn't think were a good idea.
The most relatable thing about the book, especially right now with the way so many people are feeling in the wake of the US's own recent political upheaval, was the way Rosa doesn't like her lot in life as one the "named" from birth. She has no chance for a normal life because of who her parents were but she also doesn't appear to want what a normal white girl there were have because of how her parents raised her. She spends most of the book in a place of hopelessness about how apartheid will never end. I can imagine that given the time it took, many people felt that way.
Altogether, it was a great book to read, it just wasn't fun or enjoyable. It was thought-provoking, it was difficult, it was heart-breaking, it rocked my world every few chapters, and it was a touch inspirational here and there. That said, it's not for everyone but anyone interested in world history should give it a try. Or anyone else interested in Reading all the Nobel Women, which I totally recommend because they are incredible women.… (more)
LibraryThing member yooperprof
This was my first "go" at a novel by Nobel-Prize winning author Gordimer, and I really really wanted to like it. But - ooh, it was a slog, and rather a long haul to finish. South Africa is important, reading books about apartheid is necessary, but it seemed as if Gordimer was trying to make her character's story as inaccessible as possible. The "high modernist" style puts a great distance between the author and the reader. (I think book this was more difficult to read than late Henry James.)

The central character Rosa Burger is the daughter of a great anti-Apartheid activist and his equally committed anti-Apartheid wife. In the course of the book, she emerges from the shadow of her parents to become her own person. All this takes place in the backdrop of South Africa - specifically in and around Johannesburg - in the late 1960s and early 1970s, with most of the action taking place prior to the 1976 Soweto riots. Gordimer uses an interesting narrative style, not in itself an issue - there is both a first-person narrator, and a third person voice as well. The problem is that both used the same abstract, indirect, verbose, overly complex diction - so that they were both rather indistinguishable - as well as both being undistinguished. Too many compound complex sentences that don't go anywhere! And, finally, Gordimer does not use quotation marks for character speech - and I found it very annoying not always to be able to tell the difference between spoken words and inner thoughts.… (more)
LibraryThing member tess_schoolmarm
A real stinker! It could have been a great story set in South Africa during apartheid. However, the author's style made it more than a struggle to read. She jumped from 1st to 3rd person frequently, she didn't use quotation marks so sometimes I could not figure out if this was a thought or an actual conversation. She also moved from the past to the present and in between within the same page. I was lost! I didn't know if the main character was remembering a person or actually right there talking to them. I love it when an author writes a great story. I don't like it when the author tries to make a story great by using unconventional grammar. I read 90/363 pages and I quit! DNF 1 star I assume this was a Nobel book because of the topic?… (more)
LibraryThing member missizicks
This is a wonderful book. I was expecting something overtly political, not realising that, as a writer living under the Apartheid regime in South Africa, Nadine Gordimer couldn't write anything overtly political. So she wrote something beautiful. And even so, it was banned.

The style has elements of Virginia Woolf's experiments with stream of conscious monologue, but the subject matter has far more weight than the things that concerned Woolf. The prose also has the coolness of Hemingway about it, a detached observational stance. The descriptions of place and season, and the way people move through life and among each other, are lyrical without being florid. There is a stillness running through the book that I found strangely comforting. There are no depictions of brutality or activism, nothing visceral or passionate, but the book feels more powerful for that. I felt like I had read something significant.

Rosa Burger is the daughter of a white South African Communist imprisoned for his political activity. We only ever meet him in the ways Rosa tries to distance herself from him, and his admirers eulogise him. He was a huge public figure. When he dies, Rosa realises she only really knew the public Lionel Burger. She did not know or really have a father, because Lionel belonged to everyone. The book explores the socio-political struggle of black South Africans without being about that struggle. From the people around her, we learn about the continued struggle. From Rosa, we learn what it is to be the child of a political hero and demon. We hear from Rosa in her one-sided conversations with an absent former lover, as she struggles to explain her life so far and the shadow her father casts over it. We hear about her in the third person, as though described in a newspaper report. We see her through the eyes of the surveillance service who follow her. Without having acted politically herself, she is automatically a named person following her father's death. She is white, she is an Afrikaner, but by the accident of her birth, and her father's political beliefs, she is denied freedom of movement and has expectations placed on her. She is the victim of oppression in different ways to someone black, but she shares their experience. She chooses not to become the person her father's friends and the state expect her to become. Her aim is to keep out of the limelight and obtain a passport. Only by leaving South Africa can she discover who she really is, and even then Lionel is still present.

The book made me think about racism and political oppression from the perspective of the oppressed, particularly in its rejection of a liberal white-led movement towards a 'free' South Africa. I found the passages where black characters spoke of their need to be in charge of bringing about change on their own terms very powerful. It also made me think about how we define ourselves, and how the experiences of our parents shape us just as much as our own experiences do.… (more)
Fewer

1001 Books You Must Read Before You Die
Africa's 100 Best Books of the 20th Century
The Modern Library: the 200 best novels in English since 1950
Central News Agency Literary Award
500 Great Books by Women
1 more
Best Works of Literature by Piero Scaruffi
Fewer