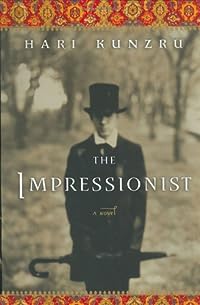 In India, at the birth of the last century, an infant is brought howling into the world, his remarkable paleness marking him out from his brown-skinned fellows. Revered at first, he is later cast out from his wealthy home when his true parentage is revealed. So begins Pran Nath's odyssey of self-discovery.

LibraryThing member Cariola
It has been a long time since a novel has completely captured my attention as this one did. The story itself is fascinating, and the layers of meaning go deep. Kunzru subtly comments (through the plot--not direct narration) on race, class, gender, and nation, and the way identity is established.
Show More
It's fascinating to watch the main character go through a series of identities forced upon him by others' perceptions and needs until he reaches the realization that his identity is so flexible that he can manipulate it to his own advantage. I can't recommend this book more highly, and I am assigning it in a university Honors course.
Show Less
13 more
LibraryThing member strandbooks
This novel is set in many areas of the British Empire during the WWI era. First in India, then moves to England, a short time in France and then to Africa. The main character is constantly changing shape to move forward in his life. I found the characters that surround him just as interesting. We
Show More
see many different types of "anthropologists" and other educated English whose main goal is to show the differences between "us" and "them"

I think it is worth reading for the descriptions of the places and the look back into the British empire from Kunru's point of view.
Show Less
LibraryThing member LisaMaria_C
The flyleaf describes this as a "picaresque" tale. It's the story of Pran Nath, who grows up as a privileged, rich Brahman in the India of the Raj. When we first meet him at fifteen years old in 1918, he's contemplating rape: Somehow looking is no longer enough... He could grab her, and pull her
Show More
down on the bolsters. There would be a fuss, of course, but his father could smooth it over. She is only a servant, after all. And there I think is my core problem with this book. Style-wise this is well-written, with the present tense lending it both some realism and distance, and plot-wise it goes interesting places with interesting themes of culture, race and identity. Pran is actually the result of a sexual encounter between his mother and an Englishman. When this is discovered at fifteen, he's thrown into the streets, and must continually reinvent himself. He passes from sexual slavery to passing himself off as an Oxford schoolboy. When we're taken from high to low to high again, it helps a lot to have a sympathetic protagonist, some endearing characters, but that's not the case here. So much in this book is sordid, repelling and it made this a slog to read despite interesting depictions of the late British Empire.
Show Less
LibraryThing member bookmart
A great story, not so sure about the ending.
LibraryThing member GreyHead
I thoroughly enjoyed the first two-thirds of this book. I thought Kunzru's evocation of early 20th century India and the sketches of the colonial administrators were delightful.

In the last third where he got into life at Oxford and beyond the picture he created became more and more sketchy and
Show More
less and less credible. My sense was that he was desperately trying to close a circle when his story wanted to go off in a different direction. Disappointing.
Show Less
LibraryThing member snash
My engagement with most of this book suffered because of the protagonist's lack of internal self. Of course, this was precisely the point. The series of events which created this selfless person were gruesome, while the events which ripped apart his carefully constructed facade finally made the
Show More
character likable. It was a better book in its entirety than it was during its reading.
Show Less
LibraryThing member ChazzW
Kunzru's novel (his debut - I had read his latest novel My Revolutions earlier this year), has a real affinity for early Naipaul. And that's a good thing. Kunzru has created characters (or a diverse character) who traces the arc of colonialism and racism in the British Empire to its logical
Show More
conclusion. When it is learned that Pran Nath Razdan is the offspring of a British colonial's brief fling with an Indian Princess, he is expelled from his home and must make his way in the streets. As Rukhsana, he moves from the brothels of Bombay to an unwanted role as a pawn in colonial intrigues. Escaping that life, he finds a place with a missionary couple. All the while Pretty Bobby learns to more easily pass for white, until by a fortuitous turn of events (for him) he is able to assume the persona of a proper Englishman, Jonathan Bridgeman. Pran drifts and drifts - farther and farther away from his "true" identity, until it is unclear whether he has any 'identity' as such left at all.

He watches intently, praying that he is wrong, that he has missed something. There is no escaping it. In between each impression, just at the moment when one person falls away and the next has yet to take possession, the impressionist is completely blank. There is nothing there at all.

Each transformation into another persona is an 'impression' that Pran is cultivating.

A suppressed thought starts to take form. What if, long ago, he got lost? What of he got lost from himself, and could never get back again?

Kunzru sets the reader (and Pran) up for a great irony, when he has become so totally conventional and boring that his one chance of happiness is lost with his identity. But Kunzru also seems to play with genre as much as Pran plays with identity - some of them work and some of them don't. The result is an unevenness that is frustrating, though the overall impression of the book is is a favorable one.
Show Less
LibraryThing member plumetis
A wonderful book, full of suspense, fascinating details about different countries which the author obviously knows very well.
A clever satire of Indian, British and French posh circles.
Not to forget the pscychological aspect of the characters.
Well written, well documented and humourous.A real
Show More
delight!!!
Show Less
LibraryThing member otterley
Much more fun and provocative than I thought this was going to be. The Impressionist of the title is born in deception, lives through different identities and different lives; a chameleon aspect melding assimilation with challenge and then upheaval - opportunistic, accidental, traumatic - and
Show More
onwards into yet another world. The impressionist straddles the worlds of India, England and Africa, experiences different worlds and sexualities and, when he reaches for authenticity, finds the external world driving him somewhere else. The book starts with a tempest and ends in a desert; apt surroundings for a chaotic life. The book is well observed, sharply characterised and funny as well as provocative, with some brilliant set pieces. Well worth a read
Show Less
LibraryThing member LynnB
Who are we? Do we have an intrinsic self that we must be true to? If not, are we really anything at all? These huge themes underlie this amazing story of Pran/Bobby/Jonathan as he continuously re-invents himself in order to survive. At the age of fifteen, Pran's widowed father discovers he is not
Show More
the biological father and banishes Pran from his Agra home. Left on the streets, Pran becomes a victim of human traffickers...he escapes and falls into other situations which have him becoming different people in order to meet the expectations of those he relies on.

Pran is an amazing character. His adventures contain a good mix of satire/humour and serious introspection which allows us to think about the broader implications of what is going on.

Well written, strong characters, good story, thought-provoking. Who could ask for more?
Show Less
LibraryThing member JWoolfenden
Probably the best book i have ever read.
LibraryThing member jonfaith
This proved to be an exceptional novel to read while waiting at an Immagration office. Such a strange place, much like Old Trafford, the offices are unmistakingly dream factories. It would be unpleasant to wake most of the occupants. A friend from England raved over this novel and while I enjoyed
Show More
such, it didn't sweep me away in a gale. It does make one ponder about those souls waiting in silence in bureaucratic queues. The veils of identity are quick and fungible. The consequences are a different narrative.
Show Less
LibraryThing member dbsovereign
An appealing modern-day (and very grown up) _KIM_ (he actually quotes from Kipling throughout the novel).
LibraryThing member scribblerjee
At the time rumoured to be the most expensive ever debut novel, Kunzru's first is stylistically striking, if a trifle superficial (as is surely in line with the subject matter?). The opening chapter - the Impressionist's conception in a monsoon-struck, magical-realist red desert - is remarkable,
Show More
although probably the novel's high point. The book then journeys from Agra to Bombay to the UK - its Oxford chapter is probably the weakest, as the eponymous character suddenly becomes dully un-self-aware - to an anthropological trip to Africa.

The book is almost too accomplished, polished and well travelled for its own good, sometimes a little soulless and devoid of warmth. At the same time, Kunzru is effortlessly gifted and his prose elegant. An interesting if clever-clever meditation on race and belonging, impeccably packaged if hard to love.
Show Less
Fewer

The death of Vishnu by Manil Suri
Brick Lane : a novel by Monica Ali
A suitable boy : a novel by Vikram Seth
Oscar & Lucinda by Peter Carey
An equal music by Vikram Seth
11 more
My Life as a Fake by Peter Carey
Sacred games by Vikram Chandra
Music & Silence by Rose Tremain
Last orders by Graham Swift
The Moor's last sigh by Salman Rushdie
The Inheritance of Loss by Kiran Desai
Master Georgie : a novel by Beryl Bainbridge
The autograph man : a novel by Zadie Smith
The master : a novel by Colm Toibin
When we were orphans by Kazuo Ishiguro
Anil's ghost by Michael Ondaatje
Fewer