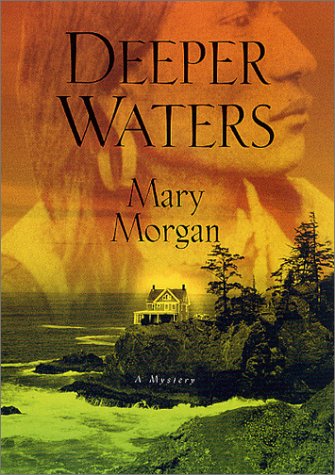 After a disastrous case that ends in a killing in Willful Neglect, attorney Noah Richards is offered a change of scene: a stay in a brand-new house on an island off Seattle, with, for Noah, the best of two worlds -- a wide view of the Cascade Mountains over the water and neighbors comfortably nearby.But Noah's vision of paradise starts to crumble early on.At the local bar he is invited to join a group of stony-faced Native Americans and is questioned about what side he is on in the current hot dispute.The Indians lay claim to the land the new development is on as well as the adjacent fishing rights and the homeowners are adamant that this is their property.Then, late that same night, Noah gets a frantic call from his next-door neighbor, whom he has only just met. Her baby is dangerously ill: Will Noah drive them to the nearest hospital? There the child recovers as quickly - almost miraculously -- as apparently he had fallen ill. It's an episode that will be repeated later, causing Noah much concern - and eventually, puzzlement and distrust. After an ugly meeting of the property owners, the developer and his belligerent brother, who lives on the island, ask Noah to represent them in the dispute, but he turns down the offer. That evening, walking on the beach in the dark, he finds the body of the murdered young Native American law student who had been researching the tribe's claim. Drawn at the request of the tribal chief into helping to continue the investigation where the murder victim left off, and inevitably into the search for his killer, Noah encounters a mixed bag of odd characters, tangles with the U.S. government, exasperates his law partner, and becomes a target for a mysterious figure with a rifle. Things, Noah learns, are seldom what they seem.But readers are rewarded with a story that will draw them into its pages and hold them involved and eager to follow to the end.AUTHORBIO: MARY MORGAN was born and raised in Great Britain but has lived in Seattle, Washington, since the 1970s with her husband and three children. Originally trained as a nurse and midwife, Morgan has also tried various other jobs, including that of flight attendant, antique dealer, and hotel manager. She has published numerous short stories and two novels, Willful Neglect, the story of a medical malpractice case, and The House at the Edge of the Jungle, a tale of an Englishwoman's search for her past during World War II in the Far East.… (more)